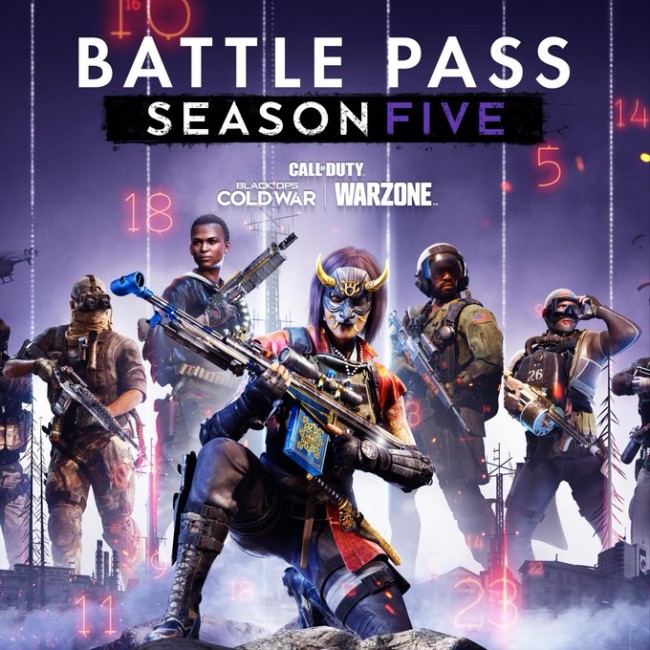 Both "Call of Duty: Warzone" and "Call of Duty: Black Ops Cold War" will receive new Battle Passes as part of their Season 5. The said season for both Call of Duty games are now online with new additions in their gameplay, including new weapons, maps, game modes, and characters.

The said Battle Pass for both of these games will have the largest number of progression tiers for players to accomplish in order to receive rewards. These rewards range from a new Operator to new Operator Skins to new weapons and Weapon Blueprints.

In total, both Warzone and Black Ops Cold War will have 100 progression tiers in their Battle Passes. According to Dexerto, the said Battle Passes is not different from the previous ones, with new fresh content that players need to unlock as they progressed on.

If you want the upper hand, arm yourselves to the teeth.

Gear up with the Season Five Battle Pass. Coming to #BlackOpsColdWar and #Warzone on August 12th at 9 PM PT. pic.twitter.com/wnqCRsJpih

One of the said rewards is the games' new Operator, Kitsune, who players can get for free right in the get go. According to InsideSport, the said Operator, and her Default Operator Skin, is available at Tier 0, which will be unlocked once they purchase the Battle Pass.

Players can also unlock new Kitsune-related customization content once they accomplish Operator Missions based from her, which is also included once they unlocked her.

Aside from Kitsune, the Epic Rebel Leader Operator Skin for Garcia will also be awarded for players who unlocked Tier 0, as well as an Epic Crimson Oni Watch and a 10% increased XP bonus boost during Season 5.

Other Operator Skins that can be attainable in the Season 5 Battle Pass includes the Payback Skin for Woods at Tier 10 and the Scuba Diver Skin for Baker at Tier 50. Also, the Mind Games Finishing Move is also up for grabs in the Battle Pass, which can be attained once they accomplish Tier 19.

Two base weapons are available to for players in the Season 5 Battle Pass - the EM2 Assault Rifle and the TEC-9 sub machine gun. According to The West News, the two weapons can be unlocked once they cleared both Tiers 15 and 31 respectfully.

For those who are willing to complete all of the Season 5 Battle Pass Tiers, the Ultra Rare Samurai Operator Skin for Kitsune, along with the Operator Mission that could unlock the Warlock and Goldleaf Operator Skins, are up for grabs they accomplish tier 100.

Aside from the Kitsune Skin, the Microchip Legendary Sub-Machine Gun Blueprint, the Spoiled Envy FAV Vehicle Skin (for Black Ops Cold War), and the Carbon Envy Tac Rover Vehicle Skin (for Warzone), are also available in tier 100, as well as the Season 5 Animated Emblem.

How to Get the Season 5 Battle Pass

Players can get the Season 5 Battle Pass in the In-Game Store. According to Dexerto, they can buy its Standard Version for 1,000 CoD Points. They can also purchase the Battle Pass Bundle for 2,400 CoD Points.

If they bought the said bundle, they will have an instant 20 Tier skips (25 if they are playing in the PlayStation 4 and PlayStation 5).