Car Mechanic Simulator 2021 Cheats: How to Earn Money, Get XP Using Cheat Engine and Other Methods 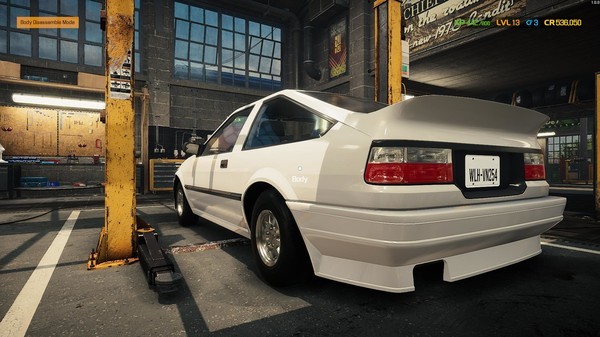 It is time to get greasy and go hands-on while tinkering vehicles on your own as the Car Mechanic Simulator 2021 comes to video game platforms for those who wanted to get their hands dirty while working on their very own garage empire.

Recently launched for Xbox One, Xbox Series X|S, PlayStation 4, PlayStation 5, and PC through Steam, the said real-life simulator, according to the The Xbox Hub, will follow what its predecessor, the 2019 version of Car Mechanic Simulator, left behind.

Build Your Own Garage Empire

Separate from the Car Mechanic Simulator Classic, the game lets its players use their own imagination, along with its large array of more than 4,000 unique parts, to tinker and restore any one of the over 72 cars in the game by taking it apart, clean and upgrade its parts, and putting them back together again.

🎉 It's today! It's that day! Take the keys to your car repair shop and start your adventure in Car Mechanic Simulator 2021!

Aspiring car builders can use those restored cards to earn a profit either selling it in stores or going to a car auction houses where they can also see other cars in a variety of conditions. The profit that they will earn within the game will depend on how skillful they did in restoring and repairing their vehicles.

The game itself will provide the players more time to play as orders for their garage are generated infinitely, making them busy as long as they can do it while learning the ins and out of the automotive mechanical scene.

Cheats to Help You

As mentioned earlier, the Car Mechanic Simulator 2021 has more than 4,000 unique parts that can be used to work on over 72 cars.

While the former can be purchased through in-game cash which players earned while selling their remodeled cars, the latter, on the other hand, can be unlocked as they level up while progressing the game.

For the reason, several of them have taken the opportunity of the simulation's longer game hours to grind for the cash and XP needed to get through the game, but for others who want to take a shortcut, cheat codes are the answer to their prayers.

There are two ways to enter a cheat code in the game. One method was shown in a YouTube video made by AngryBee Gaming. In the said video, the uploader used the Cheat Engine software to get the amount of money and XP that he wants in the game.

In order for the said uploader to do so, he first opens up the software and inserted the game. Then, if he wants to add some cash in the game, for example, 39,900,000, he will first go to a shop and buy a part. Before he clicks the "Buy Part" tab, he needs to return to the Cheat Engine window.

For there, he typed in the amount of cash he had in the game (he typed in "3,990"), and the said engine will search for the in-game element that holds the said amount. From there, he right-clicked on the first search result, and click the "Change value of selected addresses" tab.

This is the same method that he did when he wants to level up by increasing the XP points that he wanted to receive after doing an action in the game.

The said method is tedious because it needs time to bounce back from the Cheat Engine window to the game and vice versa, as well as knowing the right "address" in the game where they want to change the amount.

If players don't want this method, there is another option. MagicGameWorld.com has provided cheat codes that they can use. They just need to input said codes as profile names when they start the game.

Players must keep in mind that before they start playing using the cheat codes as their profile names, they must decline the offer to play the tutorial first. Otherwise, the game may crash.