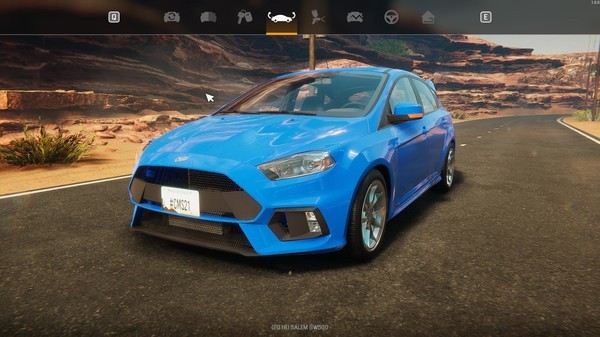 A successor to its 2019 version, the Car Mechanic Simulator 2021 was recently released for Xbox One, Xbox Series X|S, PlayStation 4, PlayStation 5, and PC. The said real-life simulator picks up what its 2019 successor left behind two years ago.

In the game, players will make their hands dirty in refurbishing and repairing over 72 cars using its wide array of more than 4,000 car parts. All of these in order to make a profit by selling them on car shops and auction houses.

Aside from growing their very own car garage empire, players will also engage in Story Missions as they progress forward in the game. These Story Missions can give them either money, XP, or both.

Car Mechanic Simulator 2021 from @reddotgames and @Play_Way is now available for Xbox One and Xbox Series X|S https://t.co/0CA0Rtbi0K

A complicated Story Mission within Car Mechanic Simulator 2021, the Emden Jager Story Mission requires players to be precise in the power needed in the car until it went to its desired limit, otherwise they will not complete the said mission.

In order to do this, MagicGameWorld.com said that players need to increase the tuning of the said car by 10% to 15%. In order to do this, players must first go to the car's info under the pie menu, then to the engine tab, and read the Tuning percentage that they require.

They need to pay attention to the general mods with a total value of +10 to +15 and not the horsepower of their car. The percentage increase in its performance is marked at the top corner of each tuning part and will become a case in terms of combining them when adding car parts.

Another Story Mission that players need to accomplish is the one regarding RM's Hinata Kagura SX. According to naguide.com, the internet star of car racing is asking for the mechanic's help in restoring his rusty yellow car.

In order to do this, must have the following parts needed to restore the said car: an I4 N air filter, an alternator, a car battery, a fuel filter, a fuel pump, four ignition coils, a Type B medium fuse, an I4 oil filter, two Type A relays, a Type B relay, four spark plugs, and V6 B throttle.

Once they got the necessary parts, players can strip down the rusty Hinata Kagura SX, and proceed to its refurbishing and restoration.

For other Story Missions, steamsplay.com provided the list of the parts, and several tasks, needed to repair the cars in their respective Story Missions.

For the Luxor Baronne, players needed the following: two brake pads, a fuel pump, a V8 oil filter, a 2 carb round air filter, and four 215/75R15 ET:0 standard tires, as well as it needs to change its oil, brake fluid, power steering fluid, and its windscreen fluid.

For the Griffin Tyro, it needs a belt tensioner, two brake pads, a I4 SOHC cam gear, a I4 B camshaft, an idler roller A, an ignition coil, an I4 oil filter, four rubber bushings, an I4 B serpentine belt A, and two spark plugs, as well its oil, brake fluid, coolant fluid, and power steering fluid are needed to be changed and refill its windscreen fluid.

It also needs to get its oil, brake fluid, coolant fluid, and power steering fluid changed, as well as refilling its windscreen fluid.

For the Hinata Moon MK1 SUN RISE, it needs an I4 B cam gear A, an I4 B camshaft, a clutchplate, three crankshaft bearing caps, a flywheel, a front drive shaft, a front sway bar, two ignition coil, two piston with conrod, a rear sway bar A, three rod caps, ten rubber bushings, two spark plugs, a I4 B timing chain, two wheel hub bearings, and an oil change.

READ ALSO: Car Mechanic Simulator 2021 Car Mods guide: How to Change the Names of the Cars in the Game