'Skyrim' The Blessing of Nature Quest Secret Ending: Fastest Way to Unlock Discovered By Player After Almost 1000 Hours of Playing 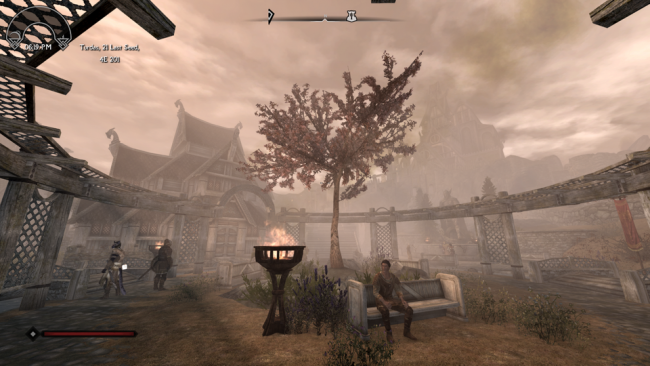 The Elder Scrolls V: Skyrim have known not just for its ports or mods but also due to the fact that the game always brings in content that its sizeable player base can play for hours, which provided mystique.

It is the same mystique, according to Comicbook, that became a reason why they are motivated to discover and unlock everything as an achievement in the game, even one that is deemed impossible, or in a case of one player, almost secret that players did not know that it is existed in Skyrim.

That said player is the one who posted in Reddit about him discovering a secret ending on one of the game's quest. It after he played Skyrim over almost 1,000 hours.

#TheElderScrollsVSkyrimSpecialEdition #Modded #XboxShare The Gildergreen is so cute when it is a sappling How many Skyrim Players know about this path for The Blessing of Nature quest? pic.twitter.com/b8mLvziwPy

The Quest in Question

But before learning how that player accomplished it, one must know the quest that he took during his long hours of playing the fantasy adventure role-playing game. The said quest is entitled "The Blessing of Nature."

In the said quest, according to IGN, Danica Pure-Spring, a priestess of the Temple of Kyrnareth, is asking for help in restoring the vitality of the withering Gildergreen, a special tree in Whiterun. Once players talk to her, they would allow themselves to offer their assistance to the priestess.

In order to carry on with the quest, the priestess will require the players to bring in the weapon that is strong enough to extract the sap from the mother tree. The said weapon is in the hands of the Hagraven, bird-like humanoid creatures that reside in Orphan Rock.

Before setting foot on the journey, players must first bring a follower, one that couldn't hurt for extra damage and to divert attention away from the magic-users in the Orphan Rock.

The best way to get to the Orphan Rock is to take the road from Helgen, which is closer to the said location. They need to follow the paved path, then cut left through the beaten path before entering the area. Once they are in Orphan Rock, they would quickly see a Hagraven on the rock above.

They can attack players with fire or ice magic as well as they can set up few magical traps around the base of the rock. Players need to defeat the Hagraven before scouring its remains for the Nettlebane. Once they got the item, they need to go back to the priestess, who will send them to Eldergleam to get the tree sap.

Nearby, Maurice Jondrelle sees their presence and overhears about them going to Eldergleam, and later asks them to tag along. They will take a long journey east to the Eldergleam Sanctuary with a companion.

From there, players will equip the Nettlebane as a weapon and travel along the path until they saw giant roots from the Eldergleam obstructing their way. They need to slash the said roots to clear the path and forcing them to pass.

Once the sap is extracted from the tree, Spriggans will suddenly spawn and kill all of the visitors in the sanctuary. Players need to defend against the Spriggans while terminating them in the process. These monsters are vulnerable to ice-based magic and can regenerate a bit of their health.

Once they eliminated the Spriggans, they need to leave the Eldergleam with the sap and return it to the priestess.

How to Unlock the Secret Ending

In the aforementioned Reddit post written by u/Fizzet713 for the r/skyrim, it said that in order to unlock the secret ending for "The Blessing of Nature," players must have Maurice as its companion and follow his lead.

The said method was risky, as several players commented that the non-playable character (NPC) can be easily killed.

But it might be worth a shot as the said NPC, if he survives the entirety of the quest as the player's companion, can initiate a conversation after they slash away the roots, allowing himself to pray and receiving the "Elderdleam Sapling" instead of the sap while worshippers in the said sanctuary will not become casualties.

This was done, according to the same Reddit post, during its almost 1,000 grueling hours of playing Skyrim.