'LoL' 11.17 Update Guide: Which Champions Will be Nerfed, Buffed? 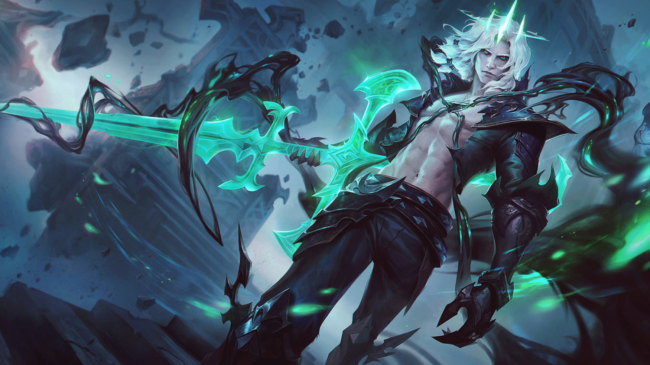 As League of Legends prepare for the roll out of its Patch 11.17 Update, Riot Games, the developers of the multiplayer online battle arena (MOBA) game, is also preparing for the usual Champion changes that will be implemented during the said patch update.

According to Dot Esports, while the majority of the balance changes for the incoming patch update will focus on several adjustments, it will also bring in a series of nerfs and buffs that will be given also to the game's systems and items.

One of the Champions in League of Legends that will be given a balance change during its Patch 11.17 Update is Viego as he continues to turn heads since his debut in The Rift in the early 2021.

A few systems changes, champion adjustments, and a light set of buffs/nerfs that are a bit more solo queue focused for now, since there is no pro play on this patch.

According to Upcomer, the Ruined King will might receive nerfs to his Heartbreaker Ultimate, which the duration for its Slow debuff will be changed to .25 seconds, as well as tweaks in his auto-attack range from 225 to 200 and base healing from his sovereign's Domination passive, from 8% to 3%.

The said resets were became the Champion's strong points since his release as he can take over the game if he finds a reset or two during a teamfight.

Another was to reduce his auto-attack pattern's versatility, while forcing those who are playing him to shift towards crit builds.

August Browning, the game's lead designer, revealed that the development team were still testing on the said nerfs for Viego for the new patch update.

Aside from Viego, other Champions that will be expected to be nerfed in the incoming Patch 11.17 Update includes Graves, Irelia, Kayn (Blue), Leona and Zed. On the other hand, Ekko, Evelynn, Lissandra, Nami, Senna, Teemo, and Xayah will be receiving buffs in the same patch update.

Aside from the Champions mentioned above, the Patch 11.17 Update will also bring in system tweaks to several in-game items. One of those said items is the Divine Sunderer. According to Upcomer, the said item was a top choice for top laners in order to deal with Tanks.

The item received its first tweak during the game's Patch 11.11 Update, where it gave a buff to the item, increasing its popularity that earned it the 51% win rate.

Several patch updates later and players wanted for the Divine Sunderer to be nerfed, especially during the implementation of the current Patch 11.16 Update as the said item gave an advantage to several ADCs like Camille and Wukong, giving them not just the ability to bulldoze through any Tanks in the game but to heal themselves as well.

Other item nerfs once the said patch update will be implemented included Serpent's Fang and Wit's End, while the Hullbreaker and the Youmuu's Ghostblade will receive their buffs during the update.

In a tweet, Jeevun Sidhu, the game's lead designer, said that the Fleet Footwork rune will also be buffed. He also added that the changes made in Patch 11.17 Update will be more focused on solo queue since there will be no pro play during its implementation.

He then revealed that the next incoming patch updates, Patch 11.18 and 11.19, will be focused more on professional League, with the latter will be implemented in this year's Worlds.

The Patch 11.17 Update for League of Legends is scheduled to be released this coming August 25th.

'Pokemon Go' Mischief Unbound Event Guide: How to Get the 'Unbound' Hoopa, ...