League of Legends Patch 11.16 Update Guide: Which Heroes will Receive Buffs, Nerfs, When is the Release Date 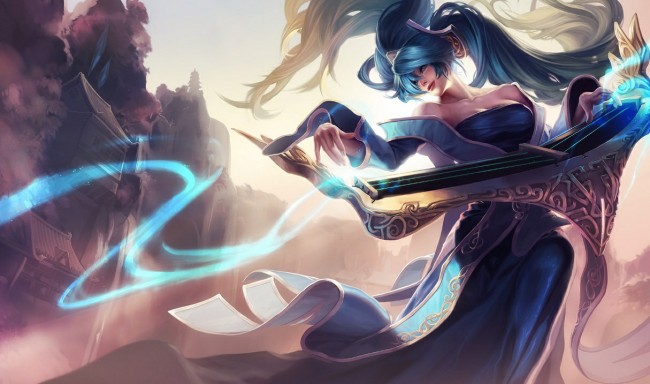 League of Legends will be receiving its new Patch 11.16 Update, bringing in an overhaul to its several Champions.

The said patch update will give those Champions either a nerf or a buff, as well as several changes and new content

Sona will Get a Rework

In Patch 11.16, Sona will receive her long-awaited rework. According to Sportskeeda, Sona is an old Champion since her debut in the game's Version 1.0.0.101 last 2010. This means that her skill set is quite simplistic and does not synchronize within the current Champions as well as the current meta game.

Again, reminder that this patch will hit live 1 week later than normal. pic.twitter.com/NS4aHZG0QY

Because of this, Riot decided that they will rework the Support/Mage Champion in the coming 11.16 update, although the developers applied the adjustments on her in the multiplayer online battle arena's public beta environment (PBE).

Base on what fans saw in the PBE, Sona's new update will focus on her gaining stacks every time her ability hits a Champion. The more stacks she gains, the more ability haste she obtains. Once Sona's basic ability haste stacks reaches its cap, it will give cooldown reduction bonus for her Ultimate.

Several fans feel that adjustments for Sona was more of a nerf, as the ability haste boost has a caveat, which is increasing the cooldown of her abilities. Players felt that the AP ratio for her is quite poor, which means that her abilities will deal less damage.

However, Jeevun Sidhu, Riot Game's Lead Game Designer, responded to this, saying in a Twitter post that several players are undervaluing some of the specifics of the rework. However, he mentioned that if it is necessary, they will pull back the rework, as well as removing the AP ratio nerf for the time being.

Aside from the plan Sona rework, League of Legends' Patch 11.16 Update will provide balance changes to several Champions. According to Alt Char, in the incoming patch update, Jarvan IV, Jhin, Maokai, and Nunu will receive buffs, as well as Shaco, Sivir, and Vladimir.

Patch 11.16 Update will also nerf Diana, Fiora, Lee Sin, Lulu, Tahm Kench, Xin Zhao, and Ziggs. Tahm Kench, according to Dot Esports, has been flourishing in professional competitive scene over the last few patch updates and was seen playing for both top and middle lanes as of late.

Diana, Xin Zhao, and Lee Sin, are viable choices as junglers in recent times, with the former being picked 181 in the professional League competitions worldwide.

According to Give Me Sport, the Patch 11.16 for League of Legends will be expected to roll out this coming August 11th. As for its schedule maintenance to apply the patch update, Riot Games did not announced the date for the said schedule maintenance as of this writing