'Battlefield 2042' Specialists Explained + Guide: What are their Abilities, Weapon Loadouts, and More 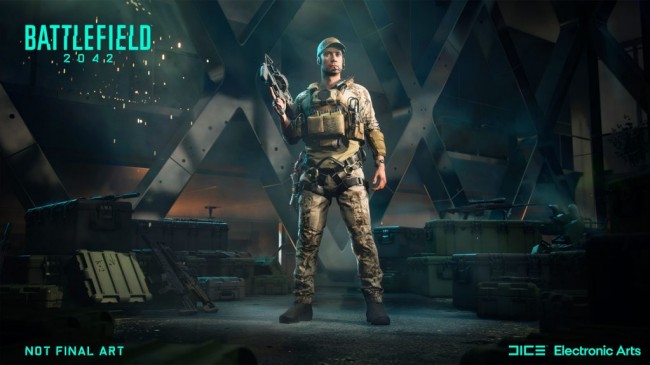 Character classes are a standard norm in Battlefield games. Basically, there are four classes for players to choose from, each with their own unique set of abilities and weapons.

The Assault is the frontline attacker of the team with its rifle and grenades, while the Engineer is the one with the tools to repair friendly vehicles while destroying opposing ones.

The Scout, or the Recon in other Battlefield games, on the other hand, is capable of eliminating enemies from afar thanks to its sniper rifle, while the Medic can heal and revive its teammates.

However, the developers of Battlefield 2042, the newest installment to the first-person shooting game series, have decided that they will replace these four Classes with Specialists, giving it a depth when it comes to the characters.

Bring in the Specialists

According to Dexerto, despite taking their places in Battlefield 2042, these Specialist will act just like the four aforementioned Classes while it will still act as rough categories that will guide how the players can help the team.

There were five Specialists that are confirmed in the game thus far, with more coming in the future dates, completing the initially-planned in-game roster of 10 Specialists.

Webster Mackay, according to The Loadout, is an Assault character that quickly move from one place to the other with the help of his Grappling Hook ability while pinning down enemies fast with its Nimble trait.

Maria Falck is a Support character that can fires a syringe from her S21 Syrette Pistol at allies to heal them. If the said pistol fired at the enemy, the syringe will deal damage to it. Also, thanks to her Combat Surgeon trait, she can revive any downed allies to combat with full health.

Pyotr "Boris" Guskovsky, an Engineer character, can create an SG-36 Sentry System in the battlefield, which can automatically spot and engage any enemy targets within a certain area. His Sentry Operator trait can spot the enemy target that was pinned down by the sentry gun.

Wikus "Casper" Van Daele is a Recon character that can use his OV-P Recon Drone to spot any moving enemy targets nearby while disorienting them using its EMP blasts. The drone can also designate targets for lock-on weapons. His Movement Sensor trait can alert him on an incoming enemy, all while either on the ground or piloting the recon drone.

The newest addition to the roster, Kimble "Irish" Graves is an Engineer character that can deploy a DCS Deployable Cover using his Fortification System ability to protect allies from bullets and explosives, while he can create an APS-36 Shootdown Sentinel with the same ability to take down explosive projectiles.

His Veteran trait can provide an armor boost with additional bonuses every time he killed an enemy soldier.

A rumored new Specialist, named "Sundance" according to Esports Talk, although unannouced, was seen to utilize a full-bodied wing suit in the trailer of the game, teasing that it might be the said Specialist's ability.

Before they were scrapped, Battlefield Classes has its preset weapons that they can utilize in the battlefield. However, according to Dexerto, with the coming of the Specialists, players will now have a full freedom to choose which primary weapon they can use, no matter what Specialist they are playing as in the game.

With this kind of customization, players can create custom loadouts for a Specialization from the game's wide range of weaponry.

Any mix and match of weapons and loadouts for any Specialist are possible, giving the players much more freedom and player agency when it comes to their personal gameplay style.

TAG Battlefield, Battlefield 2042
© 2020 Game & Guide All rights reserved. Do not reproduce without permission.