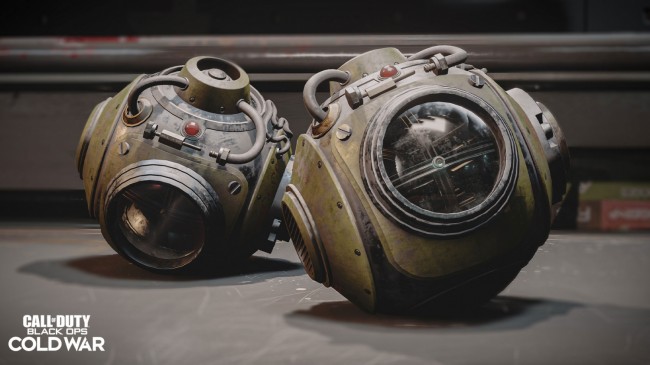 Mauer der Toten, the map for Call of Duty: Black Ops Cold War's Zombies game mode, has plenty of creepy locations, a wave of the undead horde, and deadly weapons for players to use to eradicate the threat.

The same map also has lots of secrets that they can also uncover for useful rewards, Previously, they solved the Tin Man Heart easter egg, where they try to craft a Hacking Helm, find a Secret Lab, place several empty cannisters in the map, stop a train, activate a Disruptor Satellite, craft Uranium weapons, and defeat Valentina.

Now, players discover a new easter egg that will give them a free LT53 Kazimir tactical grenade and a random Perk, all which will provide a great advantage during Mauer der Toten's early game.

Bring in the Boom

The LT53 Kazimir tactical grenade is not just an ordinary grenade, but rather a weapon that, according to Dot Esports, can temporarily opens up a portal to the Dark Aether, absorbing unsuspected targets, including objects, in a small radius while teleporting them into the unknown.

This means that once it is thrown into an area filled with zombies, a dark hole will form after it was detonated, sucking the undead horde nearby and wiping them out in the process. Basically, this is a "get-out-of-jail-free" card for players who want to escape in tight situations where they are cornered by them.

However, one downside of the Wonder Weapon is the fact that players can carry only one while venturing Mauer der Toten, as well as it cannot teleport tougher enemies like Disciples, Mimics, and Manglers in the void.

The said grenade was one of the two super weapons that usually found in Mauer der Toten. The other one was the CRBR-S fully automatic handgun that can fire lethal energy blasts and can be upgraded into three different forms.

How to Get the Grenade

Obtaining the LT53 Kazimir tactical grenade was not so easy at first. According to Gamepur, players need to 2,000 uncommon salvage points to use as crafting cost to the tactical grenade, which can be made at the Crafting Table. The price is expensive, forcing them to grind more in the map and kill zombies in the process.

However, the aforementioned easter egg will make it easier to obtain, as players can have the said tactical grenade for free along with a free random perk after they clear it.

In order to start search for the said easter egg, players must know its location. According to Charlie Intel, the easter egg is located in the East Berlin Streets in Mauer der Toten.

The said spot can be seen next to a truck with its headlights on. From there, players would see an exposed manhole that is protected by barbed wire.

In order to make the LT53 Kazimir grenade to pop out of the hole, they must either pick up or create several frag grenades and stun grenades. Once they got the grenades needed, they head back to the manhole, where they will throw them down to the inside.

They will need to hear a scream to know that the grenades are working before throwing them again. They will continue doing this until the hole spits out either the tactical grenade, a random Perk, or both of them.