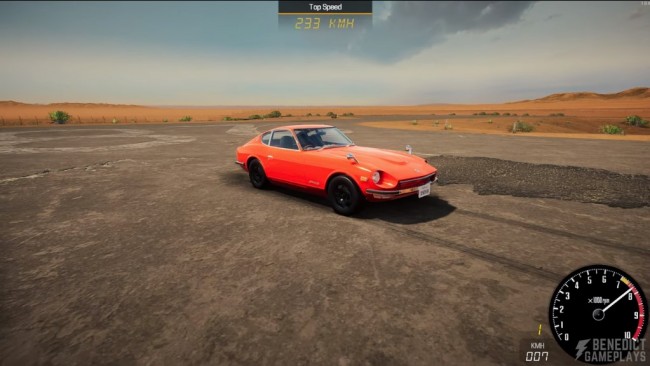 Nissan's Fairlady Z has become one of those dream cars that racing video game players wanted. It is because the car itself is associated with the Wangan Midnight series.

In Wangan Midnight, the protagonist owns a souped up Fairlady Z, dubbed "Demon Z," thanks to its specs, high horsepower, and speed that is so fast, it dominated the races within the streets of Wangan in Tokyo, as well as claiming a life of its former driver.

Outside of the in-game lore, the Fairlady Z is one of Nissan's car models that is usually picked in the game, aside from its "sibling," the GT-R and the Skyline GT-R series.

In Car Mechanic Simulator 2021, players can have the same feeling, only this time, they will be like Asakura Akio in terms of restoring their very own Fairlady Z, and if possibly, create their very own "Devil Z."

Bring in the "Demon"

In order to obtain their own Fairlady Z, they must first download the game's Nissan downloadable content (DLC) pack. The said DLC pack is available at Steam for download. Once they downloaded the said pack, it will be automatically included in the game.

After that, once they are in the game, they must travel to the Junkyard, where they would see a tattered up and scrapped Fairlady Z. Depending on how complete the car is in terms of parts, it costs around 9,200 to 9,600 CR.

According to a YouTube video made by Benedict Gameplays, the Fairlady Z can house a I6 SOHC L24 engine, with a factory power of 163 HP at 6220 rpm, and Factory Torque of 198 N.m at 5385 rpm. With the information about engine alone, they will have a clue that they can swap it with any I6 L24 engine.

Once they got the car, they can move it to the garage to start the restoration. From there, they can disassemble everything, including its wheels and suspension, body kit remaining, and the engine and its other internal parts.

When the body frame is all that is left, they will use the wielding machine to repair it. To do so, they must click the machine itself and press the Repair tab. After clicking the Accept option, it would proceed with the repairs. After that, they can detail its interior.

After cleaning the body frame and its interior, they will proceed in building its new engine. According to as YouTube video made by Yosia Hans, to build the Fairlady Z's engine, they must go to the Engine Block and click the Install Engine in the Stand tab.

Before proceeding to that step, they need to buy the necessary parts. In order to do so, they need to go to the Shop to buy said parts. Once they have it, they will start building the engine.

After installing all six pistons, they will add in the flywheel, the clutch plate, and other parts for the clutch.

Finally, they will install the serpentine belt, and the radiator fan. Once the engine unit is done, they will unmount it in the engine stand by clicking the Take off Engine from Stand tab.

All that is left now is to install it inside of the car by using the engine lifter. Once the engine is in the car, they replace any fluids such as the oil, brake fluid, clutch fluid, and the windshield fluid.

Then, they will install the remaining parts, including the suspension, wheels, electronics including the battery, interior and the car's body kit.

They can also paint it whatever color they want it the Paint Shop, or if they want to have that "Demon Z" vibe, they will paint it blue.

Once they completed restoring their own Fairlady Z, they can test drive it to see its performance of the road.

If the game would allow it, players can install the engine specs for the "Devil Z," which can be seen here. If it is possible, they might own a Wangan Midnight original.