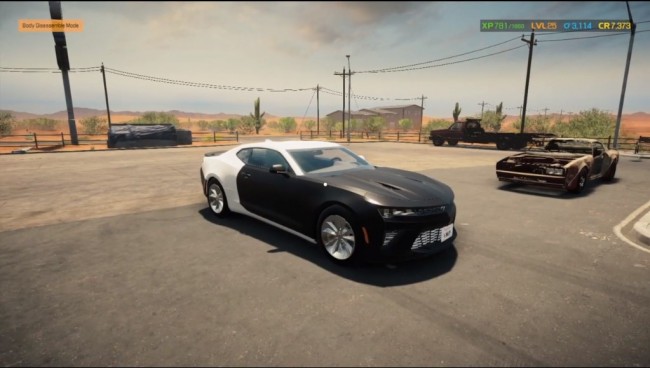 Story Missions, or Repair Orders, in Car Mechanic Simulator 2021 provides players the taste of how an automechanic repair shop works. These tasks will give them an opportunity to repair the cars that was given to them, making it look brand new.

Along the way, they will "keep their hands dirty" while learning the basic skills in car repairing, as well as earning EXP points that they can use to unlock new cars.

At the end of a Story Mission, they will be rewarded with cash that they can use to buy parts, or a car that they want to repair for themselves or be converted into profit.

How to Repair a Zephyr-L Series Car

In this first Story Mission, which is actually Story Mission No. 24 in the game, players will be given a task to repair a Zephyr-L Series car.

According to the description of the said Story Mission, which it was seen in a YouTube video made by Hybridsteel, the said car was obtained by the owner in an auction.

From the looks of the car, despite being dusty, it seems that it has the complete parts, body kit included and wheels included. However, if they look inside, they would notice that almost all of the parts are either replaced or getting corroded with rust.

In order to repair this car, players must have the parts needed first, which Yekbot supplied in its guide. First, they need to have the parts for its brakes and suspension. They must have two of each of ventilated brake discs, brake pads, and brake shoes.

Next, they need the parts for its engine, which is a V8 OHV. They must have twelve rocker arms, a crankshaft, a fuel filter and its pump, an oil filter, a power steering pump, a radiator fan, and a 1 carb round air filter.

They will also need four rubber bushings, serpentine belts (A and B), two solid rear drive axles, eight spark plugs, a V8 engine starter, a steering rack, two sway bar front end link Bs, a timing chain, and a water pump. For its ignition, they only need an ignition coil B, its distributor rotor and wires.

The car will also need to change its oil, brake fluid, coolant, and power steering fluid, as well as its windshield fluid.

How to Repair the Bolt Mosquito MK6

The next Story Mission players will be receiving is the Story Mission 25, which involves a Bolt Mosquito MK6. According to its description, which is seen in Platinum Playthroughs' YouTube video, the said car needs a minor repair in its bodywork, as well as checking it if there are other problems.

As the players receive the car, they would notice straight away that its exterior was banged up and its front bumper was missing. Also, the right car door and the back bumper are full of skid marks.

Aside from these problems, they would also notice that several parts of the engine and the suspension are corroding, and they need to be replaced.

For the rest of the engine, which is a V8 DOHC CGM, they must have an alternator, a coolant reservoir B, a crankshaft pulley, the engine head (A and B), an engine head cover B, an exhaust manifold A, a fuel pump, a fuel tank, an idler roller (A and B), an I4 B power steering pump, a serpentine belt B, and a timing cover.

They will also need a water pump, a water pump pulley, and a windshield washer reservoir. For the ignition, they only need the ignition coil, while for the radiator, they need a Radiator A, and a radiator fan Housing B, including its 1 and 2 fans.

Other parts that they need are the rear muffler A, two tire rim 1 (20"), and the steering rack. For the rest of the body kit, aside from the front bumper, they will also need the front license plate, the front right door and its window, the right front fender, and the hood.

It will also need its rear bumper, rear license plate, right body window A, rear headlight, right side mirror, right taillight, the trunk, and the windshield.

Apart from the parts replacements, the car also needs to have its coolant and power steering fluid changed, as well as refilling its windshield fluid. It will also need a headlamp and tire alignment.

READ ALSO: Car Mechanic Simulator 2021 Blue Currency + Main Currencies Explained and How to Get Them All