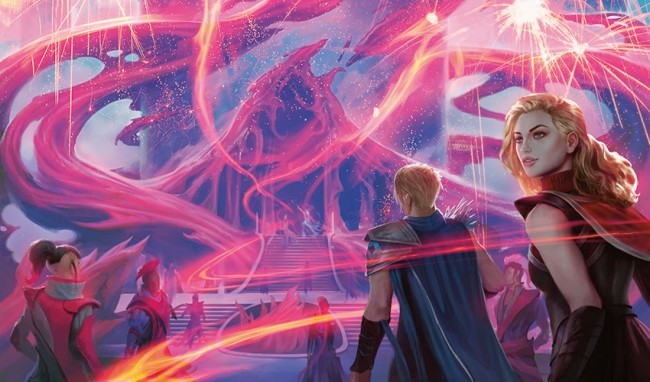 Several players of Magic: The Gathering Arena are experiencing problems in terms of logging in the game. This is despite the fact that the multiplayer online card game just finished its server maintenance to apply several changes coming from the Patch 2021.8.0 Update.

The said maintenance for Arena was first implemented yesterday, August 24th, at around 2:00 PM UTC. According to a post from Wizards of the Coast's Customer Support Twitter Page, the said maintenance initially lasted for five hours, but later extended to seven hours.

The tweet also said that the patch notes for the update will be posted once the changes are implemented, but the game's Twitter page quoted said tweet, stating that the update will bring in "major backend changes."

⚠️ Resolved: We've identified the issue and have taken steps to improve connection issues and client responsiveness on @MTG_Arena. We're considering this issue resolved, though we'll continue to monitor the situation. Thank you! https://t.co/1WmFjGZjc1

The tweet, which is posted in @MTG_Arena, also said that there may be bugs within the said update that might appear on the launch, but they will work on fixing them as quickly as possible.

However, @HsTimboo replied to the said tweet, saying that he encountered an "Authentication Failed" error message as he enters the game.

Several players that experienced the same thing @HsTimboo have also shared on Twitter, saying that they are waiting for a fix.

According to the game's status webpage, the developers have investigated the said connectivity problem, including the reports.

At around 4:12 AM UTC, Wizards of the Coast said that they have identified the issue that caused it. They also said they have taken steps to improve said connection issues, as well as the Twitter page's client responsiveness.

They ended said statement with them saying that the issue has been "resolved," but they will continue to monitor the situation.

However, after the said statement was released on their Twitter page, several players responded that the issue is still there, saying that they either received a black screen for a long period of time or their accounts' progression have been wiped out of the game once they logged in.

As of this writing, Wizards of the Coast did not have any further updates regarding the new issues that appeared after the "fix." However, a player on Twitter posted that they can submit a report to the game's support webpage if they are still experiencing log-in issues.

Meanwhile, on Magic: The Gathering's physical paper play, it was revealed in their Magic Showcase 2021 that the card game will have multiple crossovers this coming 2022 and 2023.

According to Slashgear, Wizards of the Coast will release the Universes Beyond set, containing cards that will bear the elements of Warhammer 40,000. These Warhammer-based cards will be available in Commander decks in the next year.

Aside from the crossover between two tabletop games, Magic: the Gathering will also bring in Fortnite and Street Fighter in the collectible card game as they will be included in its Secret Lair program.

According to IGN, the Fortnite-based cards will have rebranded reprints that will be spread over two Secret Lair Drops, while the card that are themed after the fighting game franchise will be "mechanically unique" ones, and will be included in future releases.

TAG Magic: The Gathering Arena, Magic the Gathering
© 2020 Game & Guide All rights reserved. Do not reproduce without permission.