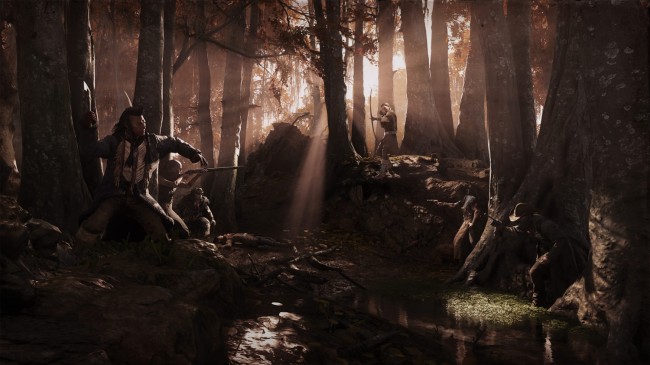 It is time to bring light in the shadows as Hunt: Showdown brings in its first live event, "Light the Shadow." The said event will promise to reward players in-game items as well as currencies for them to use in the first-person player-versus-player (PvP) shooting game.

The said event will make players throw axes and master the bow and arrow as they will choose one of two paths, each giving a different reward for those who will accomplish it, while heading straight to the Bayou.

In Light the Shadow, according to NME, players will choose between two paths, Pierce the Shadow or Cleave the Shadow.

Light the Shadow is here! 🌟

Choose a path to defeat the darkness and your fate will unfold from there.
Check out our blog for all the details below 👇https://t.co/kRueAO8MN7 pic.twitter.com/yGQXhKO2ga

In Pierce the Shadow, according to a blog post in the game's website, players will be mastering the old aged art of handling the bow and arrow.

They will progress through the said path, killing enemies using the Hunting Bow weapon that they have unlocked in the process, as well as special arrows such as concertina arrows, poison arrows, and frag arrows.

The Legendary bow called The Wayfinder, as well as the Faultless Legendary conversion pistol, can be also obtained in Pierce the Shadow, along with Traits such as Dewclaw and Hundred Hands. If they completed this path, they will receive the Legendary hunter, The Exile.

In Cleave the Shadow, players will master the art of throwing axes. By choosing this path, they will unlock a Throwing Axe as a weapon, and it will be used to killing its opponents.

Doing so will earn them a total of 1500 Hunt Dollars and 200 Blood Bonds, as well as Bayou Phoenix, a Legendary Winfield marksman, the Tomahawk Legendary throwing axe, and the Assailant throwing axe Trait. Completing the said path will give them the Legendary hunter, The Third Son.

Along the way of either two paths, players will be earning Event Points, which can be used in buying event-gear that will speed up their progression within Light the Shadow. They must do specific tasks, ranging from extinguishing Pyres to killing an enemy using either one of the featured weapons to killing a Boss.

Players will earn a number of Event Points depending on the task, and once the event is over, the remaining Event Points will be converted automatically to Hunt Dollars.

According to PC Gamer, players can finish either one of the two paths, where each has its own daily cap on the amount of Event Points earned. They will receive Hunter XP instead if the cap is reached. Once they will be entering into a new path, they will start over again.

Another mechanic that will be introduced in the event are the Vapours. According to PC Gamer, these event-only items can boost players in gaining more Event Points while allowing them to see event items such as Pyres and Wards.

Both paths of Light the Shadows will earn them two 25-Proof Vapours, which can boost Event Points gathering by 25% within the match and can see event items 10 meters further to a maximum of 70 meters in Dark Sight.

All of the other Vapours can be also be purchased for a specific amount of Blood Bonds in the roster or in the event store.

Aside from the event, the "Baiyou Wraith" downloadable content (DLC) pack will also be available for Hunt: Showdown. The DLC Pack will include the new Legendary hunter, Techie Wraith, as well as two new Legendary weapons that players can take while entering the swamps at the Bayou.

TAG Hunt: Showdown
© 2020 Game & Guide All rights reserved. Do not reproduce without permission.