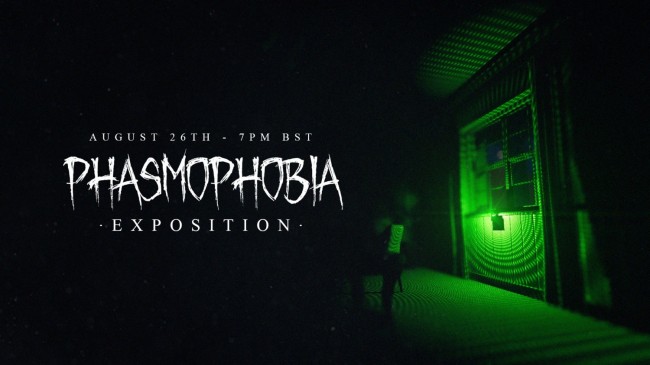 Phasmophobia received its biggest patch update ever for this month, bringing in new additions and major changes to the online co-op psychological horror game. The said patch update, which was named "Exposition" according to Comicbook, will get the game closer to its eventual version 1.0 launch.

Exposition will call out two new ghosts from their eternal sleep to haunt its unsuspected players, as well as an overhaul to several of its mechanics and bug fixes.

One of the new ghosts from the Exposition update that will send chills to players in Phamophobia is the Myling. Scandanavian in nature, these ghosts, according to PC Gamer, are the souls of children that are wandering the earth trying to get anyone in order to bury their corpses properly.

The new update is LIVE!

Patch notes can be found here:https://t.co/yDWrFLZ85j#Phasmophobia

According to DBLTap, they will attack any lone travelers while demanding them to be buried in the graveyard. As they approach the cemetery, they will become heavier until their hosts sink into the ground. If they are not able to reach the gravesite, these spirits will kill them in a fit of rage.

Their deaths are mostly caused from being murdered by their mothers, so players need to analyze the clients first before going taking a gig regarding these spirits.

Another ghost type that will be debuting in the game is the Goryo. Originated from Japanese folklore, these martyred spirits of passed away aristocrats of the old times will summon ecological disasters like vast storms and earthquakes.

In order to calm these spirits, those who want them silenced will enlist a help from a yamabushi, an ascetic hermit, who can do the proper rites.

Aside from the two new ghosts, Kinetic Games, the developer of Phasmophobia, brought in a new Equipment, the D.O.T.S. Projector, to the horror game thanks to the Exposition update

In a short video made by Fries Knight on YouTube, this new Equipment is a device that can be installed in walls and emit a grid-like green light in the area where it is installed. The said light will pin down any traces of ghosts, which will be seen as a black silhouette even when it is moving fast.

Speaking of electronic equipment, thanks to the Exposition update, ghost hunts can affect these devices with new sounds and visuals.

The said devices will also alert any wandering ghost of the player's position during a hunt. This will be similar to talking or shouting in an area during the said hunt. Because of this, they must turn these devices off before proceeding to hiding.

Aside from that, parabolic microphones will allow them to hear any "paranormal sounds" when it aimed towards the ghost.

Other additions that were brought by the Exposition update include the option to enable head bobbing in the setting, as well as new visuals and effects in all of their equipment, minus the Sound Sensor, and new post processing effects for both the players and in the installed CCTVs.

Aside from these additions, the new update will provide changes in several of Phasmophobia's elements. Thanks to the inclusion of the two new ghosts and the new D.O.T.S. Projector, all of the game's ghost types will have their evidences change.

Also, any equipment and lights will only be affected when in the range of a ghost during the hunt, as well as glowsticks will glow for 30 seconds then later fade over next 30 seconds. In addition to these, the text from the spirit box will be replaced with icons to easily show if the ghost is responding.

Other changes include the addition of the function of infrared sensors in motion sensors, improved lights and volumetric lighting, new visuals for the placement helper object, and other visual and UI adjustments.

Finally, the Exposition update for Phasmophobia will fix several bugs that affects its gameplay, multiplayer functions, language options, animations, and other elements in the game.

TAG Phasmophobia
© 2020 Game & Guide All rights reserved. Do not reproduce without permission.