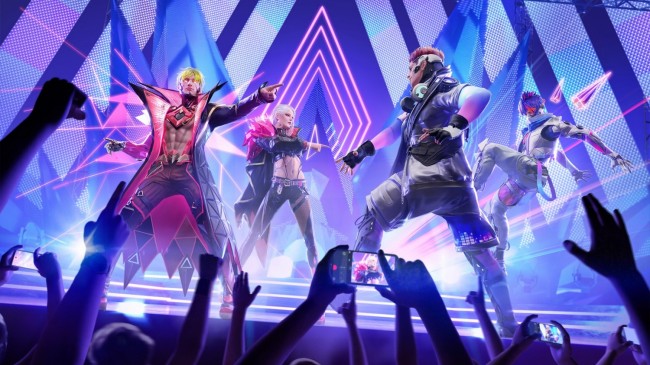 In celebration of its fourth anniversary, Garena's Free Fire will have its Musical Top-Up 2 event, which will bring rewards for the players of the online mobile shooting game who wanted to top-up their Diamonds.

Aside from the rewards, the game will also give away free Redeem codes for those who want free in-game items, ranging from loot crates to vouchers to cosmetic bundles.

Bring In the Rewards

This includes the Enharmonic Treblerock bundle, which is available for players to collect through its Musical Ascension Event.

The Musical Top-Up 2, on the other hand, will be available only for players that will top-up the diamonds that they are possessing in their in-game accounts. According to BGR, in order to have the rewards, they must have a certain amount of diamonds.

In order to top up the diamonds in their account, according to seagm.com, players must first select the amount of diamonds that they want to add. Then, they will log-in their Free Fire Player ID and Nickname. Once they input said information, they will check out and select their payment method.

Once payment is made, the diamonds will be credited in their in-game account shortly.

Once they got the diamonds, they must tap the Event Banner, which will navigate them to the game's special event section. From there, they will click the Musical Top-Up 2 tab. Once they tapped the said tab, a pop-up window will show up revealing the rewards.

They can claim those rewards once it verified the amount of diamonds that they topped up. The Musical Top-Up 2 event will last until September 1st, while the Musical Ascension event will end on September 7th.

On the other hand, a new set of free Redeem Codes for Free Fire is now up for grabs for players who wants free in-game items.

These Redeem Codes, according to BGR, can be redeemed in the special Free Fire redemption webpage, and the items redeemed will be sent straight to the player's Inventory. Each of these codes can give players either a loot crate, parachute packs, Character skins, Gun skins, and Power up.

The codes that can be redeemed, along with its corresponding rewards, are the following: