'Monster Hunter Rise-Street Fighter' Collaboration Akuma Layered Armor Guide: How to Get it 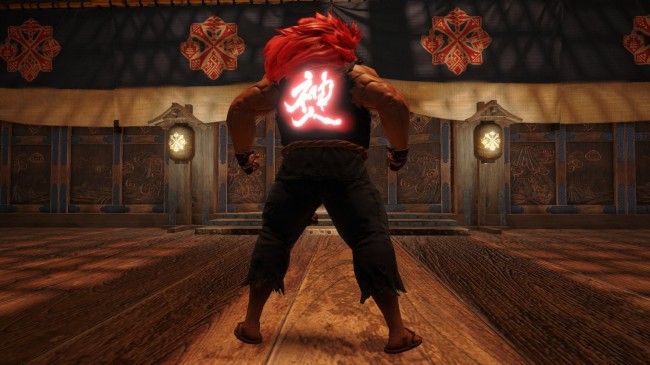 It is time to embrace the inner Satsui no Hado and go full "Metsu!" as Akuma will be appearing in Monster Hunter Rise as a Hunter Layered Armor Set.

This is part of the open world role-playing game's Capcom Collab 3, which it will have a special collaboration project with a fellow Capcom game. This time, it will be the Street Fighter franchise.

Players can now become the supreme master of the fist once they complete a special Event Quest in order to unlock Akuma.

K.O. a Rajang in the 📜 Event Quest 📜 "SF: Ultimate Promotion Exam" to prove you're worthy of the Akuma layered armor! 👿 #MHRise #StreetFighter pic.twitter.com/y0As0k0buO

The said Layered Armor Set was first revealed in a trailer teaser video released by the developers of the game in the its YouTube Channel. He will be sporting an appearance that is similar to his look in Street Fighter V, complete with his signature dark gi, red lion mane-like hair, and prayer beads.

Not only that, the said Layered Armor set can also change the Hunter's voice, animations, and several attacks. According to Nintendo Wire, instead of throwing a kunai, it can throw Akuma's Gohadoken and Zanku Hadoken while on the air.

Instead of fighting with a sword and shield, they will be fighting with their fist, unleashing a full shoto combo on Monsters while executing his moves like the Goshoryuken, Misogi, and Tatsumaki Zankukyaku. They can even unleash his powerful Sekia Kuretsuha.

The said Layered Armor Set can even make Akuma's signature "Metsu!" victory pose, with its accompanied voice line, as an animation after completing a quest.

Despite of this changes, the Hunter that is wearing the Akuma Layered Armor Set can still wield other weapons.

The Street Fighter crossover for Monster Hunter Rise's Capcom Collab series is not the only collaboration the raging demon was part of.

In 2016, Akuma crossed over to the world of Tekken as he traded fists with Mishima Heihachi during Tekken 7: Fated Retribution, making him the first among two characters that came from a different fighting game franchise that leaped to Tekken.

A year after, Geese Howard of the Fatal Fury series also fought against the Mishima patriarch as a downloadable content (DLC) character.

As for the Capcom Collab series, Akuma's appearance in Monster Hunter Rise is the third appearance of a Capcom character in the game. The first was Tsukino from Monster Hunter Stories 2: Wings of Ruin, who is released as a Palico Layered Armor Set, and the second was Amaterasu from the Okami series, who became a Layered Armor Set for the Palamute.

According to Clutch Points, the game will reveal which characters from Capcom games will be venturing in the world of Monster Hunter Rise as both Capcom Collab 4 and Capcom Collab 5 will be revealed in Fall.

How to Obtain Akuma

Unlocking Akuma in Monster Hunter Rise does not require players to Press the Start button and press all of the three punch buttons like in the arcades in the past. Instead, they can obtain the Layered Armor Set by accomplishing an Event Quest.

In order to start said event quest, which is entitled "SF: Ultimate Promotion Exam," they must unlock it first by going to Senri the Mailman of Kamura Village. The said Event Quest will be downloaded after they communicate with him.

After that, they will talk to Minoto next, then select the said Event Quest. Th "SF: Ultimate Promotion Exam" Event Quest requires players to be in Hunter Rank 8 or higher.

To complete said Event Quest, according to Siliconera, they must either slay or capture one of two Rajang. Once completed, the Hunters will receive the Satsui no Hado, a crafting material that they will use to craft the Layered Armor set.

A total of four Satsui no Hado materials are needed to craft the armor set, so players need to accomplish the Event Quest four times under limited time. Once they got four of them, they will go to the Smithy, give the said materials to it, and it will forge the Akuma Layered Armor Set.