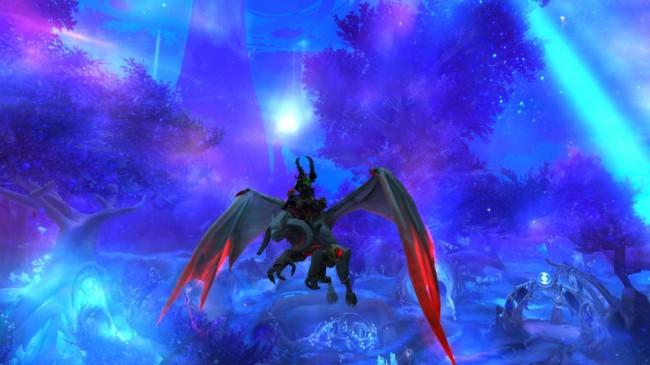 After a month of silence, the development team for World of Warcraft has delivered a new update regarding the state of the role-playing game, including plans for its Burning Crusade Classic and the rolling out of Patch 9.1.5 Update for Shadowlands.

This is while Blizzard Activision is facing a lawsuit regarding the alleged "fratboy culture" and displaying forms of sexual harassment towards their female coworkers within its workplace.

Workers of the video game company decided to walked out of their building as a sign of solidarity for its officemates and protest following the its "response" regarding the case.

An update from the #Warcraft dev team. pic.twitter.com/afjFCPUXoW

Updates on The Burning Crusade Classic

In the said update, which was posted in the game's Twitter page, the developers are planning to expand The Burning Crusade Classic with its first major update, Overlords of Outland.

READ ALSO: 'WoW: Wrath of the Lich King' Pandemic-based Board Game: How to Pre-Order

The said update was part of its Phase 2, and according to Express, it has been under testing on the game's official public test realm (PTR) for some time.

The said expansion will come with a patch update that, according to Slash Gear, will add two new raids - the Serpentshrine Cavern and Tempest Keep: The Eye, which could mean that Classic players will be able to clash against Prince Lael'thas and Lady Vashj once these raids will roll out.

Aside from the mentioned two new raids, Overlords of Outland will also bring in new Daily Quests and Reputations, as well as new Tier 5 Class Sets. The said expansion for the Classic also brings in the new Season 2 for the Arena, along with its new Bulletin Board.

The developers added that they are working on something for its Classic players who wanted to have a fresh start in the game.

As for its release date, according to The Toys Matrix, Overlords of Outland, the expansion update for World of Warcraft's The Burning Crusade Classic will be rolled out on September 15th.

On the other hand, the World of Warcraft developers also said in their update that their another expansion pack, Shadowlands, will receive its Patch 9.1.5 Update. According to Bleeding Cool, the said update will be first tested in the same PTR next week.

Several possible changes that will be implemented once the patch update rolls out, according to Dexerto, includes an easier Conduit Energy removal and an improved Covenant swapping, as well as changes for Legendary Item recycling and a possible tuning of its Legacy Raids.

New character customization options for several races will also be included, along with new toys, mounts, and travel forms.

The Patch 9.1.5 Update for Shadowlands will also bring buffs to several talents and abilities, which the developers will release a list of it in the future date, and improvements on reporting players, including better visibility on reports regarding harassment and harsher penalties for those who exhibit "disruptive behavior."

The developers will be posting the patch notes for the Patch 9.1.5 Update in the future date while they will listen on feedback, refine, and build the said update during its duration of stay in the PTR.