'Pathfinder: Kingmaker' will be Played for Free: How to Grab your Own Copy 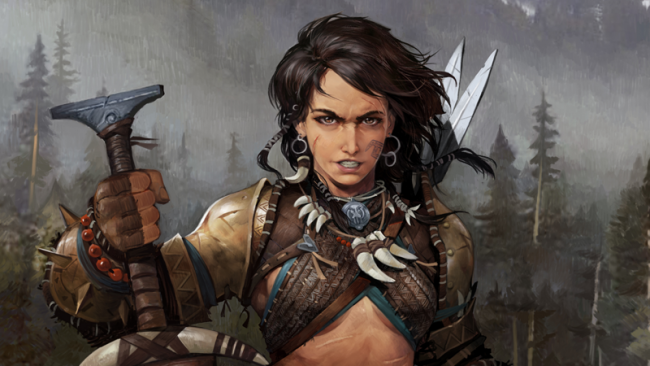 Owlcat Games has announced that the Pathfinder: Kingmaker will be free to play for a limited time only. Players can now play the isometric role-playing game's Enhanced Edition for free for just this weekend.

This is to anticipate the upcoming release of its indirect successor, Pathfinder: Wrath of the Righteous, which will be rolled out this coming September 2nd on Windows PC and macOS and in March 1st 2022 for PlayStation 4 and Xbox One.

Be the King with "Pathfinder: Kingmaker"

First announced in 2017 through a Kickstarter campaign and released for Windows PC, macOS, and Linux on September 25th, 2018, Pathfinder: Kingmaker, according to PC Invasion, set at the Stolen Lands where players need to explore and conquer lands in order to forge their own kingdom.

Great news! This weekend everyone will be able to play Pathfinder: Kingmaker completely free, and then buy it with a 50% discount! Read more:https://t.co/WldVptW7dW pic.twitter.com/gjXwvUw4bK

As they build their own kingdom within the land, they will also survive the threat coming from two fronts, rival nations who want to stop their domination and their own people within their court.

READ ALSO: 'New World' Open Beta Sign Up Guide: When Will it Start, How to Join

In the game, they can customize their own character, whether if it is a hero or a villain, with its wide range of classes and their respective abilities, skills, and feats, as well as and including specialized archetypes and powerful arcane and divine spells.

This will make players to have their own freedom in creating a character that they envision, as well as being fit for both of their individual gameplay style and personalities.

As players ventures the world of Kingmaker, including its hard wilderness, they will meet a diverse cast of non-playable characters (NPCs) that will be their companions in their journey.

According to Gamespace.com, they will decide who they would trust, as each of these NPCs will have its own agenda, alignment, and goals that will be different from theirs. These elements might change along the way, and the game's progression, as players will help them shape their lives.

The Enhanced Edition of Kingmaker includes a lot of updated in-game features, as well as new content, abilities, classes, items, and weapons, as well as tweaked parts of the base game that will make their experience within it more enjoyable.

Wrath of the Righteous, on the other hand, was inspired by Pathfinder, Paizo's ruleset for Dungeons and Dragons, which is also the basis behind Kingmaker, however the developers stressed that both of these games are not corelated to each other.

The said indirect Pathfinder sequel will introduce the special Mythic Transformations mechanic, where according to Rock Paper Shotgun, players can now choose to what their characters wants to transform into, either an Angel, a Demon, a Lich, a Trickster, an Aeon, or a Gold Dragon.

Along with the mythical creatures are their abilities and skills that they will also unlock along the way.

Wrath of the Righteous will also bring Crusade Mode, which enables players to select their own general, modify the size of their army, and explore the game's map in search of any land to conquer.

How to Get Your Free Copy

Players can have their free copy of Pathfinder: Kingmaker Enhanced Edition until August 29th as 10:00 AM PDT (1:00 PM ET). If players enjoy the role-playing game, they can also purchase Kingmaker with a 50% discount, which will last until August 31st at 10:00 AM.

Pathfinder: Wrath of the Righteous, on the other hand, will be available for pre-order, along with its Season Pass, which will contain two downloadable content (DLC) story add-ons and other in-game exclusives.