'New World' Open Beta Sign Up Guide: When Will it Start, How to Join 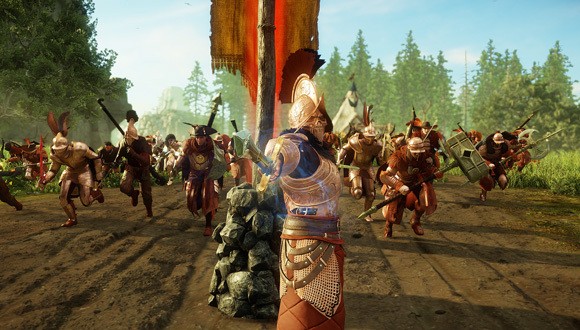 Amazon Games announced that they will open the doors of its own massive multiplayer online role-playing game (RPG), New World, for its players as the game itself will have its open beta test.

According to Slash Gear, this will give opportunity for them to play the said RPG, whether they pre-ordered the game or not. This is in preparation for its official release this coming September after a year full of delays.

Setting Foot to the New World

Amazon revealed the open beta for New World during the recent Gamescom 2021 Opening Night Live yesterday, August 26th. The said reveal, according to NME, also come with a brand new trailer for the game.

🧭 Chart your course and determine your fate!

From shipwrecked survivor to legendary hero, grow as an adventurer as you explore the ancient mysteries of Aeternum!

The said trailer, which is titled "Chart Your Fate," captured the game's atmosphere as well as what would players expect. This includes the places that they will explore, the enemies that they face, and what would the core gameplay may look like.

First developed in 2016, New World is set in the alternate 17th Century world during the Age of Exploration. Players will travel to different islands, that were heavily besieged by supernatural beings, in search of treasure, experience, and adventure.

According to vg247.com, the said RPG was originally planned to be released in August 25th, 2020, but was later to the Spring of 2021 delayed due to various development issues. Amazon Games then later announced that they will roll out New World on August 31st.

Weeks before the open beta announcement, Amazon Games then revealed that they will delay the release again following its closed beta test last July of this year.

The game's developing team said that they received lots of feedback from those who participated in the said beta test. The said feedback includes reports of bugs that they encountered, as well as stability issues, and server issues, including over-population that resulted in longer queue times.

The said Open Beta Testing, according to a post in the game's website, would also test the new Playtest feature from Steam, which allows players from its supported regions who are interested to request access to the beta test for free. These regions include North America, Europe, Australia, and South America.

Several languages will be supported, including English, French, German, Italian, Spanish, Polish and Brazilian Portuguese, and they can even share, record, or broadcast the gameplay with the beta test.

Amazon Games will increase the capacity of the game's servers following the feedback regarding its issues during the closed beta test, however it will not reach the maximum limit.

In order to access the open beta test, according to Slash Gear, players need to request it through the aforementioned Steam Playtest tool that will be available on the game's Steam page.

They need to keep in mind that those who are in the supported regions will be the ones who can access the beta test via the Playtest tool.

New World is available for pre-sell at $39.99 for its Standard Edition and $49.99 for its Deluxe Edition. The RPG itself is set to release this coming September 28th.