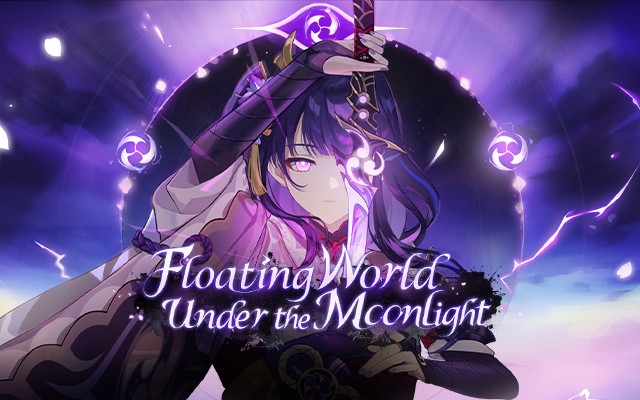 The "Floating Island Under the Moonlight" is upon the archipelago of Inazuma and the whole Teyvat, as Genshin Impact will receive its incoming Version 2.1.

The said new version for the role-playing game will bring in new characters and weapons, and its corresponding Banners, for players to get, as well as other additions such as two new islands for them to explore.

One of the things that will be featured in Genshin Impact's Version 2.1 is its new addition to its weapon line-up. According to a tweet from the game's Twitter page, four new weapons will be included, three of them will be polearms and one is a bow-like weapon.

Our developers will soon begin performing update maintenance. After this is complete, the game will update to a new version.

The said bow weapon is the Predator bow, which is teased to be included during the release of Aloy as part of the crossover between the game and Horizon Zero Dawn.

The said weapon has the Strong Strike passive ability that can boost a character's Normal and Charged Attack DMG by 10% for six seconds once it deals Cryo DMG to opponents. This passive ability can be stacked up to two times, and when it is equipped to Aloy, her attack will be increased by 66.

The said bow is exclusive for the game's PlayStation 4 and PlayStation 5 versions and it will be received by players who reached Adventure Rank 20 or below, while the passive ability is only available for those who are subscribed to the PlayStation Network.

The other weapon that will be included once the Version 2.1 is rolled out in the game is the Engulfing Lightning Polearm, which was first seen in the leaks circling around the social media regarding new Banner for the said incoming season.

The said 5-Star polearm, who has a base attack of 608 and a 55.1% Energy Recharge bonus boost once it reached Level 90 according to Sportskeeda, has a passive that can increase a character's attack by 28% of Energy Recharge over the base 100%.

Characters who are wielding said weapon can also gain a maximum 80% ATK bonus boost, while gaining 30% Energy Recharge for twelve seconds after using an Elemental Burst.

The other weapon that will be included in the Weapon Banner is The Unforged, a 5-Star claymore with a base attack of 608 once it reached Level 90. The said claymore also has an ATK percentage boost of up to 49.6%.

Its passive ability can increase a character's shield strength by 20% without any refinement, and can provide a 4% ATK boost buff for eight seconds once it hit an enemy. If the wielder is shielded, the said buff is increased by 100%.

Aside from the aforementioned weapons, Genshin Impact's Version 2.1 will also reveal two new Islands that will add to the places that players will explore in the archipelago of Inazuma, the islands of Seirai and Watatsumi.

According to Comicbook, the Watatsumi Island is located at the west of Yashiori Island and it will feature a number of waterfalls and highlands. Within the middle of the island lies the Sangonomiya Shrine.

The Seirai Island, on the other hand, is in the south of the Narukami Island and has areas that are shrouded in deadly storms thanks to their high levels of Electro concentration.

According to a post in their Hoyolab webpage, both of these islands will have a ruin device called the Phase Gate. By using Elemental Sight, players can check the way the opposite door is facing. If it rotate to the corresponding position, its state will also change.

When two Phase Gates are in phase, an energy route is established, which can be used for travelling and teleporting to different locations once it is adjusted to different directions.

Aside from the islands, Version 2.1 will add in the Raiden Shogun, the Vassal of Baal, along with Kujou Sara and Sangonomiya Kokomi in the game's roster as well.

Aloy will also be expected to be included in the roster once the new version rolls out and she will also be attainable for players who are playing the game in either the PlayStation 4 or PlayStation 5.