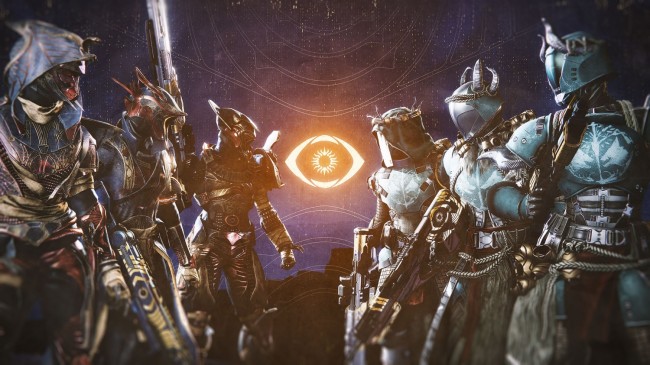 The Season of the Lost has come upon the players of Destiny 2, and along with the prelude to the coming of the Witch Queen is the new additions for the game that they could get, ranging from weapons, including the exotics, to armors.

Those said weapons that the new season of the shooting game will offer to them are those reissued ones that came from the Trials of the Nine, a game mode from Destiny 2's past.

According to Sportskeeda, there are six weapons from the said reissued set that are up for grabs once the Guardians complete an encounter inside the new Prophecy dungeon.

Finally got around to deep diving into the new Prophecy Dungeon Weapons, and I gotta say.. these are much better than the new Seasonal ones 👀

Once of the said weapons that the players can get their hands on once they entered the aforementioned Destiny 2 dungeon is the Judgment exotic hand cannon, which according to Fanbyte, can be obtained once they complete the dungeon's first encounter and defeat the Phalanx Echo Boss.

According to the Dot Esports, the said hand cannon, which can shoot 140 rounds for second (RPM) and can hold up to 9 magazines of ammo, can come with a series of unique God Rolls, giving out beneficial perks.

One of said perks is Encore, a new addition to the list of perks in Destiny 2 following Season of the Lost. The said perk, which can be equipped in the first perk column, can grant bonus range boost once a precision kill happened. The said boost can be stacked, and will be drained in order to gain an accuracy and stability.

Another perk that can be picked up in the God Rolls, and equipped on said perk column, is Demolitionist, which can give a free grenade energy to a Guardian after a kill. This works well if they would focus on grenade-centric builds.

Tunnel Vision can be a useable perk if they would focus on build that could affect their performance during as player-versus-player (PvP) match. This perk can give an extra aim assist and accuracy after a kill.

Moving Target, on the other hand, can increase movement speed and also give aim assist, but the said perk can be activated when a player is aiming down sights.

In terms of perks for the second perk column, Timed Payload can be a good choice, as it can boost damage during a player-versus-everyone (PvE) matches and adds extra flinch during PvPs.

Another perk suitable for PvEs, Multikill Clip, can boost damage based on the number of final blows before reloading. For PvPs, on the other hand, Opening Shot can be a good perk to use as it can improve a first hit of an attack.

Adagio, another new perk from Season of the Lost, can give a damage boost, however it decreases the rate of fire of an exotic, making Judgment transform from a 120rpm hand cannon to a 140rpm one.

Adrenaline Junkie can boost damage after getting final blows from a grenade, making a perfect match with Demolitionist.

Aside from the Judgment hand cannon, several reissued weapons from the old Trials of the Nine can be obtained while venturing across the Prophecy dungeon.

One of which is the The Last Breath auto rifle, which can be equipped with Frenzy, a perk that can increase its damage, reload, and handling while inside the combat zone.

The Darkest Before pulse rifle can be attainable by opening the chest after defeating the final boss in Prophecy. High-caliber Rounds and Ricochet Rounds are the best perks to be equipped in this weapon if they want to focus on knockbacks on enemies and extra range.

The Swift Verdict sidearm, with its 260rpm, can be paired with perks like the Extended Mag, which can increase its magazine size to 30, Surplus, which can make-up the Extend Mag's side-effect of stability decrease, and Surrounded, which can add bonus damage with three or more enemies nearby.

A Sudden Death, a shotgun that can also be attained by opening the chest after defeating the dungeon's final boss, can be equipped with perks like Assault Mag for improved rate of fire, Slideshot for auto-reload on sliding, and Snapshot Sights for increased speeds while aiming down sights.

Finally, the Long Walk sniper rifle, with its serious damage and recoil, can be equipped with the Ricochet Rounds perk to increase its range, along with Snapshot Sights for an aiming speed boost, and either Killing Wind or Overflow for dealing damage to bosses or elite enemies.