'Pokemon Go' Season of Mischief Hoopa Guide: How to Earn the Chance to Catch this Pokemon + More Details 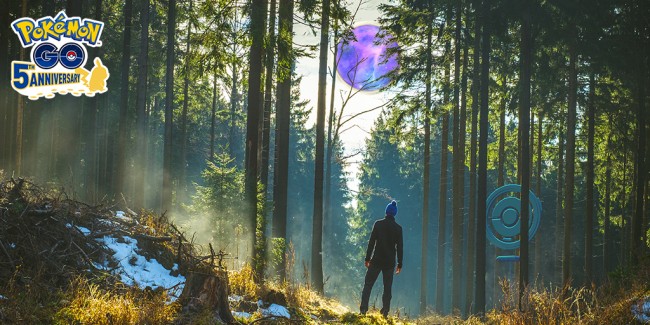 The Season of Mischief is coming in Pokemon Go as the Mythical Pokemon Hoopa will be arriving in the game this September.

Along with the arrival of the Psychic/Ghost-type Pokemon is the event-exclusive Field Research that Trainers need to accomplish in order to gain the opportunity to catch it, as well as a Collection Challenge that can join in order to attain rewards.

Hoopa is said to arrive in Pokemon Go during the game's Season of Mischief, which according to Republic World, will be kicking off this September 1st. Along with the launch of the said in-game event, a season-long Special Research quest will be accessible for Trainers on September 5th at 11:00 AM Local Time.

The Season of Mischief begins in just a few days! 🤪 There’ll also be plenty more to look forward to coming in the month of September. https://t.co/AMxSnH7YJo pic.twitter.com/CP2z5mixOh

They must complete said Special Research quest in order to gain the opportunity to encounter and catch Hoopa in the game.

Along with the arrival of Hoopa, several Psychic, Ghost, and Dark-type Pokemon will be appearing in Pokemon Go more frequently on a scheduled basis throughout the event. According to CNet, these Pokemon will rotate and appear in the wild every hour from 11:00 AM to 5:00 PM local time.

Psychic-type Pokemon such as the Jynx, Natu, Spoink, and Girafarig were confirmed to appeared in the wild in the event, along with Dark-types and Ghost-types such as the Alolan Rattata, Poochyena, Duskull, Sableye. Carvanha, and Drifloon.

Aside from the event-exclusive Special Research quest, a Collection Challenge will be available for the Trainers in which they will catch Pokemon by attracting them using Incense during event hours. The said sub-event will reward them Hoopa Candy, and a Poke Ball Lift avatar pose.

Other Events and Details

Aside from the Season of Mischief, Pokemon Go will have multiple events within the month of September. According to the blog post made by Niantic in the game's website, Ditto will be the center of the Research Breakthrough encounters for the entire month.

Mega Slowbro and Mega Houndoom will be appearing Mega Raids, and their schedules will be the same as those for the 5-Star Raids.

Oshawott will be featured in the game's Community Day for this month, while Psychic-type Pokemon will take the spotlight on September 13th at 8:00 PM Local Time.

Finally, Trainers can participate in the Fashion Week event of the game, which will be launched this coming September 21st at 10:00 AM, and it will last until September 28th at 8:00 PM.