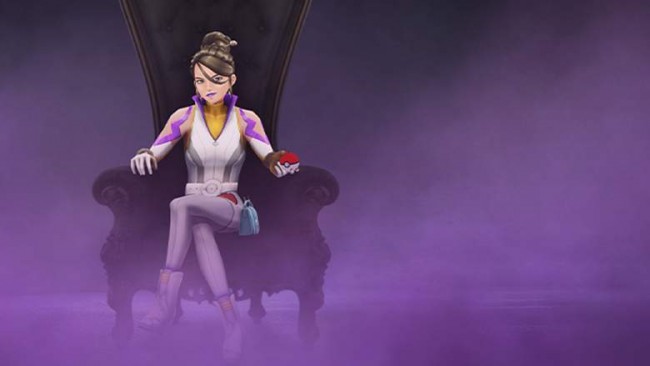 Giovanni has mysteriously gone to somewhere, and the Trainers of Pokemon Go are wondering what the boss of Team GO Rocket is hatching behind the shadows. In the meanwhile, they will need to face the crime syndicate's leaders.

These leaders will be around the map, spreading mischief to those who are unfortunate enough to face them. It is up to those Trainers who are well prepared to stop their menace.

One of the Team GO Rocket leaders that they need to face is Sierra. Defeating said leader, according to Attack of the Fanboy, will grant them a chance to encounter a Shiny Sneasel.

I guess Sierra likes me lol both of my Shiny Shadow Pokémon are from her! First Shiny Carvanha and now Shiny Sneasel✨ #shiny #pokemon #shinypokemon #pokemongo #shinycheck #shinyhunter pic.twitter.com/QKm2Z50RWx

How to Beat Sierra

In order to beat Sierra, Trainers must understand first her Pokemon team. Her team, according to GossipChimp, consists of Sneasel, Ampharos, Granbull, Gliscor, Houndoom, Kingdra, and Drapion. They must defeat her, and her team, in three rounds.

In Round One, she will use Sneasel. A Dark/Ice-type Pokemon, Sneasel, according to the Pokemon Go Weakness chart made by Eurogamer, is vulnerable to Fighting, Rock, Steel Fire, Bug, and Fairy-type Pokemon, as well as attacks based on the mentioned types.

As for Gliscor, this Ground/Flying-type Pokemon is vulnerable to Rock, Electric, Ice, Water, and Grass-type Pokemon and attacks.

Round Three against Sierra is similar to Round Two, as she will choose either one of these three Pokemon -- Houndoom, Kingdra, Drapion.

As for Drapion, the Poison/Dark-type Pokemon is weak against Ground, Psychic, Fighting, Bug, and Fairy-type Pokemon and attacks.