'Destiny 2' Hotfix 3.3.0.1 Update Guide: How Long Will the Server Down + Additional Voice Chat for Cross-Platform, Weapons Changes, and More 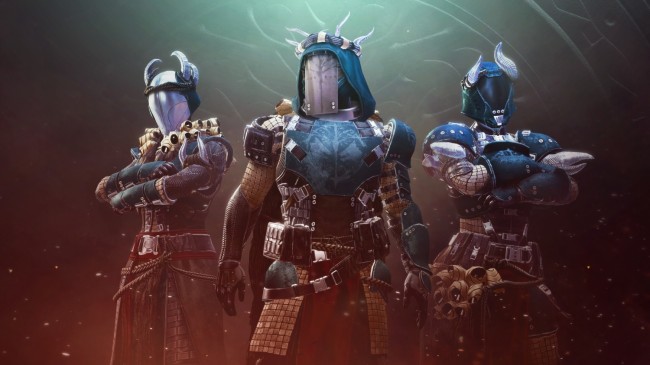 Bungie announced that Destiny 2 will receive its Hotfix 3.3.0.1 Update through their release of its patch notes, revealing an added feature for their cross-platform feature of the shooting game, along with several fixes and tweaks.

The said hotfix, according to Gamespot, will be the first update to be rolled out following the release of the game's Season of the Lost.

To implement said changes from the Hotfix 3.3.0.1 Update, the developers announced that Destiny 2 will have its scheduled server maintenance. According to Dexerto, Bungie's Help webpage stated that the said server maintenance has started earlier at 10:00 AM PDT, and it will end on 11:00 PM PDT.

A new gateway to the Shattered Realm has opened. pic.twitter.com/X4OUuvtxmV

One of the tweaks that will be implemented in Destiny 2 once its Hotfix 3.3.0.1 Update rolls out is the one regarding its Lorentz Driver exotic linear fusion rifle.

The said weapon, which was released in Season of the Lost according to Shack News, has the Lagrangian Sight perk, which could drop a navpoint target on players through walls.

The said navpoint will send the information of their location to the wielder while moving in real time. Because of this perk, the said liner fusion rifle acted as a "wallhack but in a gun form" in the game.

The Hotfix 3.3.0.1 Update tweaked said perk, stating in its patch notes that the exotic will no longer apply the navpoint coming from the perk to players within the Crucible that are selected as targets.

However, these targeted players will still glow in red, which can be seen on their biped, and will still drop telemetry patterns when they are killed. The said tweak will not affect the linear gun's targeting behavior for Player-versus-Environment (PvE) mode combatants.

Destiny 2's Hotfix 3.3.0.1 Update will also bring in the addition of voice chats to the game's cross-platforming feature. The said addition will be implemented days after the launch of the said feature in Season of the Lost.

According to Gamespot, the added feature will allow its players talk directly with other players through voice chat. However, according to Dual Shockers, the developers noticed that the communication privacy settings for Xbox players are still not working.

Because of this issue, said Xbox players will still hear voice chats and receive invites from anyone even if their privacy settings are set to in-game friends only.

They would also hear voice chats from other Xbox players who are in the same fireteam even if that player is on their mute list.

Other Changes and Fixes

Aside from the above mentioned, Hotfix 3.3.0.1 Update also brough in fixes in every aspect in Destiny 2. According to Attack of the Fanboy, the said hotfix fixed several issues in both the game's Seasonal Activities and Raids.

This includes fixes on an issue regarding encounters with the Ether Collection, where it could soft-lock when all Ether Wisps were destroyed, as well as a bug that causes objects to be removed when players left the activity while carrying them, and a bug that causes an Atheon to summon an invisible barrier to block Guardians from entering the Vault of Glass raid.

The hotfix also fixed a "pre-order" text string issue where it overlapped in Japanese, Polish, and Russian, as well as the issue where players could not discard any Solstice key fragments.

Other issues that were fixed included issues regarding the game's armor, especially in their visual effects and functionality, and an issue regarding the incentive from "The Witch Queen" pre-order.