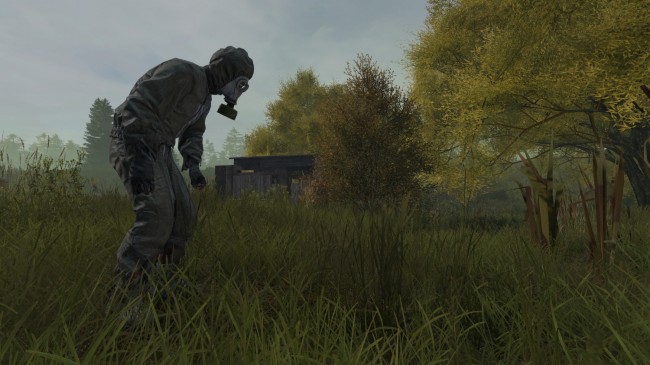 Bohemia Interactive announced that DayZ, will receive its Experimental Patch 1.14 Update, bringing in a huge amount of additions to their open-world survival game. The said experimental patch update will give provide new areas and items, including weapons and accessories, as well as fixes to the game's issues.

One of the additions that will be seen in DayZ once its Experimental Patch 1.14 Update rolls out is the inclusion of new areas in the game for players to explore and fight. The said experimental patch will bring in the contaminated areas within Chernarus and Livonia, which both of them has two variants.

📢Dear Survivors,
1.14 update is now officially on experimental branches. Here's the article highlighting what's going to be in it. Enjoy your read!https://t.co/tywIjDy5ci pic.twitter.com/VJXdkHJjZ1

The Static Variant will contain high tier loot that will be locked away while survivors in the area will fight against the spawning undead, and other players, in order to get said loot. The Dynamic Variant, on the other hand, will have more loot drops, however, it will spawn more hostile zombie forces within the area.

These Contaminated Zones can also be customized, and players can make them either Static or Dynamic, depending on what they want in that area.

The said fields will also receive a field hospital, one in the north-east airfield in Chernarus and the other in the Lukow airfield in Livonia, for players to venture and heal themselves.

Aside from the new area, the said experimental patch update brough in new items that players can use to survive against the undead horde in the game. With the said update, they can use hunting traps to catch wild animals, as well as the undead and several unsuspected players.

The update will also give players the opportunity to become fisherman as they can place fishing nets and small fish traps across water sources, regardless if it is freshwater or saltwater.

Speaking of trapping animals, new animal carcasses will be added for players to pick up. These include hare and chicken carcasses, as well as dead sardines and bitterlings

Aside from the traps and fishing nets, tripwires will also be added, which can either fortify players' bases or use them to lure any unsuspecting prey.

Other additions in the game, according to Future Game Releases, include the LE-MAS assault rifle and its magazine, a scope for the NV-PVS4, an exhaustible gas mask filter, a PO-X antidote, and a yellow-colored variant of the NBC suit,

New visual effects were also added, included one while wearing a specific headgear and a new animation for a stealth kill while using one-handed piercing weapons.

Aside from the aforementioned additions, the Experimental Patch 1.14 Update will bring in fixes in DayZ's in-game elements.

This includes a fix that will correctly place a caught mackerel in the hands, a fix to the specific structure's ground that would hide mines and bear traps, and a fix that will make a previously extinguished fireplace would not start to glow again once fuel was added.

The said patch update also fixed brooms to make it not open any cans, a fix to properly display the placing hologram inside the guardhouse, a fix where bears and cows will receive damage when players attack them by punching them in face with a bare fist or using a one-handed weapon.

The patch update also brought in-game changes, including one for the gas masks. Because of the update, gas masks can slow down stamina regeneration, while it can prevent the wearer from eating, drinking and taking pills, and can be repaired with epoxy putty and the tire repair kit.

It will also improve the visual qualities of the combat gas mask and the bears, while it removes spawn points that were too close to the Static contaminated areas, tweaks the look of a Russian helicopter crash site, adjusts the collision geometry of the machete, and moves the horticulture plants in the wind.

Finally, the patch update will add slight changes to several illnesses. Because of the said update, those who were stricken by cholera will feel fever, while those who food poisoned will experience fatigue, and those who caught salmonella will have light pains.

TAG DayZ
© 2020 Game & Guide All rights reserved. Do not reproduce without permission.