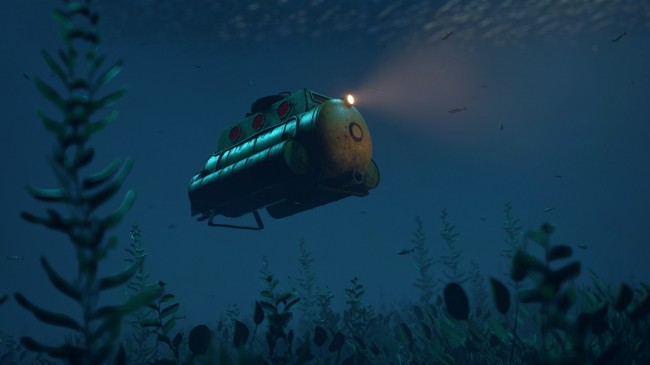 "Rust" players can explore the underwater with their submarine, which can be accessible thank to its "Going Deep" update.
(Photo: Photo from Rust's Webpage)

It is time to go under the sea and discover the vast world underwater as Rust received its "Going Deep" update. The said update for the multiplayer survival game brings in underwater-based new content, ranging from weapons to transportation to dungeons that players could explore.

According to PCGamesN, Facepunch Studios, the developers of the game, will bring in the new underwater biome in the game along with its corresponding ambience effects.

Under the Sea Labs

In "Going Deep," according to a post in Facepunch Studio's website, players will dive in to the ocean floor and venture in the new underwater labs that are filled with fully procedural dungeons. These dungeons will come in various shapes and sizes, and with two entry points.

CCTV cameras were scattered in these bases, which players can connect to plan their exploration ahead of time, as well as microphones for them to broadcast their commands into its entire network. Rust's improved in-game map will also let them see the layout of the underwater lab's every floor.

They can even have some downtime in the mess hall where they can play high stakes poker, listen to music, and even cook for their crew.

Players can enter said labs from a moonpool in which they can re-surface with their submarine, which according to Comicbook, is the new underwater craft that will be added and can be purchased from boat shops.

These submarines can seat up to two people depending on what model they bought and they will have torpedoes loaded in its torpedo tubes.

These underwater projectiles have two types - direct ones that can fire straight ahead to their targets and surface ones that could rise to the surface and speed along the top of the water. Players can control these torpedoes using their movement keys.

These torpedoes can either be purchased from a vending machine in the fishing village or can be crafted.

Also, when it comes to the environment outside of the lab and the submarine, sharks are roaming around the ocean deep, adding more dangers for players to experience every time they dive.

According to Express, each of the dive sites has a chance to spawn a shark that will lurk the are and players need to defeat these predatory fishes before they claim whatever treasures they have found at those same sites.

Speaking of fishes, Going Deep gives the players the chance to catch fish. In order to do so, they must use a bait in the lure slot of their fishing rod. Players can attach worms and grub as lure bait, which they can get when collecting plants, berries, hemp, and potatoes.

According to Dual Shockers, players can catch 8 new types of fish ranging from herring, anchovy and sardines to yellow perch, catfish, small sharks, salmon and orange roughy, all of which can catch from different conditions. They can either gut their fishes for resources or trade them for scrap.

And finally, Going Deep will also bring in the speargun as its new weapon for the game. Players can now learn to craft both the speargun and its metal spear ammo from a Level 1 Workbench.

This weapon can only be fired underwater and despite of it being slow, it packs a punch similar to a crossbow. It can also dispatch hostile human beings that are in underwater.