'Pokemon Go' Safari Zone 2021 Guide: Cities to be Included, How to Buy Tickets, Schedules, and More 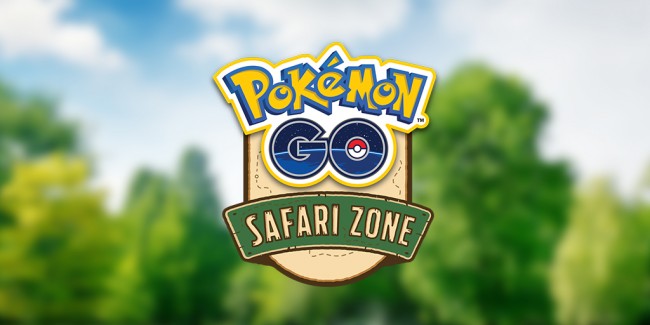 Pokemon Go announced that they will bring back the Safari Zone events a year after it was postponed due to the Covid-19 Pandemic. The said announcement also revealed the places that will be part of the event, as well as their respective dates.

The said event will be exclusive for those who are holding their Safari Zone tickets, which will also give them benefits and bonuses during the event.

Where are the Safari Zones

The said Safari Zones will be on three specific places in the United States and the United Kingdom, all of which were originally planned last year before the pandemic.

In a post in the game's website, Niantic, the developers of Pokemon Go, mentioned Sefton Park in Liverpool, England as the first stop for the event. According to DBLTap, the Safari Zone in Liverpool will start on Friday, October 15th and will end on Sunday, October 17th.

The next stop after Liverpool is in Fairmount Park in Philadelphia, Pennsylvania, which the event there will be scheduled from Friday, October 29th to Sunday, October 31st. The final stop for Pokemon Go's Safari Quest will be at Tower Grove Park in St. Louis, Missouri on Friday, November 12th to Sunday, November 14th.

Niantic also noted that the start and end times will be announced in their respective event webpages in the coming weeks, while the event schedule for St. Louis will be shifter one hour earlier to provide the possible on-site experience. This schedule change will be reflected in their tickets.

The developers also said in the game's blog post that those who had the Safari Zone tickets can also participate in the event no matter where they are in the world as its global event hours will based on the local time of each participating city.

How to Get the Safari Zone Tickets

As mentioned earlier, Pokemon Go's Safari Zones will be exclusive to those who has the tickets for the event. According to DBLTap, the Standard ticket will be sold for $12, while the two-hour Early Access ticket will cost $18.

To purchase these tickets, they need to open first the Pokemon Go app, the in its Map View, then tap the Main Menu button, where they would search for the Events tab. Once they tapped the said tab, they will search for the Safari Zone event.

Also, those who have the said tickets will need to RSVP in order to have an accurate count of those who are planning to attend the event and go to the designated spots in-person. This is to make sure that the event space will be safe for distanced gathering.

Safari Zone ticket holders will have enjoy its privileges, whether they participate in the event in-person or play globally, such as appearance of a featured Pokemon in the wild, a chance to complete event-exclusive Special Research and Field Research tasks, special 2 kilometer Eggs, and much more.