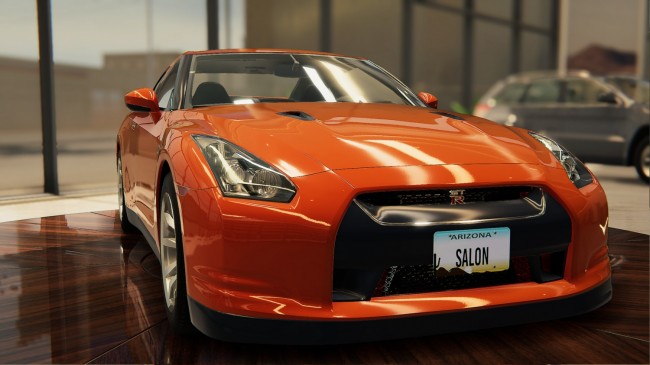 In Car Mechanic Simulator 2021, players will be given an opportunity to repair and restore one of the 72 cars using more than 4,000 car parts on hand. Aside from the cars that is already in the car mechanic simulation game, they can also repair cars that are package in its downloadable content (DLC) packs.

One of the said cars was the Nissan GT-R R35. Usually seen in other racing video games such as Gran Turismo, Need for Speed, and the Wangan Midnight series, as well as in The Fast and the Furious movie franchise, the said car was part of the high-performance sports car line manufactured by Nissan since 2007.

The Nissan GT-R R35 is one of the cars from Nissan that is part of the Nissan DLC pack for Car Mechanic Simulator 2021, which is still available for download.

How to Restore your Own GT-R R35

There are ways in obtaining the said car - either through Mission Orders, by buying it through either a car auction or the Junkshop, or by obtaining it in the Barn. Once they got the car, they will proceed in restoring it.

In a YouTube video made by Alex K, to start repairing their own GT-R R35, they must first disassemble the whole car until what is left is the body frame. This includes its body kit, interior, wheels and suspension, electronics, and the engine and its components.

Afterwards, they will use the wielding machine in restoring the said body frame by clicking it to move towards the car lift where the car is placed. Then they will click it again, and choose "Repair" to proceed into repairing.

After they repair the body frame, as well as cleaning its interior, they will start assembling back its suspension. To do so, they must click the part, then select the "Mount Part" tab.

From there, they will install the front suspension crossmember F and its rubber bushings, the front sway bar, the steering rack, the inner and outer tie rods, the front steering knuckles, the upper and bottom suspension arms, the shock absorbers, and the sway bar front end link

They will also install the axle covers, the wheel hubs and their bearings, the ventilated brake disks, the brake pads and their calipers, the transfer case, the drive axles, the fuel tank and its pump, the mufflers and its pipes, the gearbox, and the large intercooler.

Afterwards, they will proceed to the engine stand to restore the car's engine. The GT-R R35 has a V6 engine, so players need to assemble it by scratch.

Other parts needed for the engine include the oil pan, the crankshaft pulley and the idler rollers, the oil filter, the serpentine belt, and the belt tensioner. Once they are done building the engine, they will dismount it to the engine stand and proceed to mounting it inside the car.

From there, they will install the other parts, including a new fuse box, air filters, wheels, body parts, interior parts, and battery, as well as putting in a new oil, brake fluid, coolant fluid, and windshield wiper fluid.