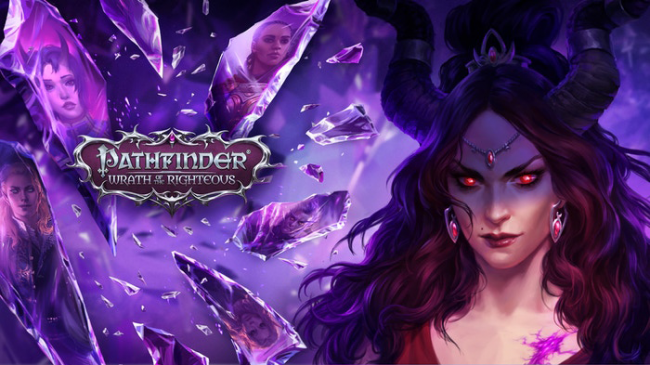 In role-playing video games, players will have the freedom to choose between races or classes that will suit their in-game personality and gameplay style, whether being a fighter who depends on strength alone, a long-range archer, a stealthy assassin, a mage that can cast arcane spells, or a supporting healer.

Pathfinder: Wrath of the Righteous is no different as it has 25 different job classes with 161 subclasses and 13 class evolutions in each of them. Each of these classes have their own unique gameplay style and abilities that they can use as an advantage to survive within the game.

But before they picking the right class for them to become in the game, players may consider several elements that might affect their progression.

Crusaders! The time has come! Pathfinder: Wrath of the Righteous is now available in Steam, GOG, and Epic Games Store.
To arms!https://t.co/ocww9pC7fj pic.twitter.com/sGqseFEfxk

According to PC Invasion, players must know first if their chosen class can be beneficial to the party, especially in Pathfinder: Wrath of the Righteous, players need to recruit non-playable characters (NPCs) as part of their group that will venture throughout the game.

They must know what kind of classes that characters are in the party. If they see something that is lacking beforehand, they will know what class they want to choose.

Another element to consider is the experience level. Several classes, especially melee-based ones, can be friendly for beginners, while those who are highly proficient in role-playing games can be casters thanks to its complexity.

Wrath of the Righteous Classes (and its Best Subclasses)

As mentioned earlier, Pathfinder: Wrath of the Righteous has 25 different job classes that players need to choose before they start their in-game adventure. Eight of which will be shown here.

The Alchemist, according to Fanbyte, focuses on brewing up potions, mutagens, and spell extracts that can buff abilities and stats, as well as bombs that can inflict area-of-effect damage with various effects.

Its Preservationist subclass can be a great choice, according to Neoseeker, as it does not need to sacrifice anything while getting free creature summons after throwing bombs. But no matter what Alchemist subclass the player chooses, it still gains poison immunity.

The Wizard has bit of complexity as it needs to choose which school of magic it needs to learn its spells from. Once it chooses the school that he will enter, he will then pick two opposing schools of magic that will penalized once they use one of the player's spells.

Its Elemental Specialist subclass can convert any elemental spell damage to the its respective focused element, as well as any of its Level 1 spells at no cost.

The Ranger can use the terrain and favored enemy type to its advantage as well as its combat style specialization and animal companions.

Its Demonslayer subclasses can locked into Demons and earn bonuses such as protection against evil, while its Freebooter subclass can mark a target and boost the attacks of its allies against the marked enemy.

The Fighter, being the most flexible class in the game, will let the players build its feats, including weapon proficiency and armor classes, as they progress. Its Mutation Warrior subclass can craft mutagens in order to give itself benefits instead of relying on armor.

The Cleric can receive spells depending of what kind of Deity it worships, as well as it can deal with knowledge domains. Its Crusader subclass can gain bonus feats, including a heavy armor proficiency.

The Bard can sing or play music to boost allies or weaken enemies, as well as it can detect any spells and become resistant to abilities and spells coming from other Bards. Its Dirge Bard subclass focuses on undead-related spells and can sing songs that will inflict enemies with fear.

The Druid, like the Ranger, can bond with animals, prepare summoning spells, and morph into its bestial form. Its Farspeaker subclass can gain enchantments and cast illusion spells, but loses its ability to summon.

The Monk can master unarmed combat, and use Ki Points to either empower its attacks active ate its abilities. Its Sohei subclass can ride to an animal mount while bradishing its polearm weapon to exterminate its opponents.

TAG Pathfinder, Pathfinder: Wrath of the Righteous
© 2020 Game & Guide All rights reserved. Do not reproduce without permission.