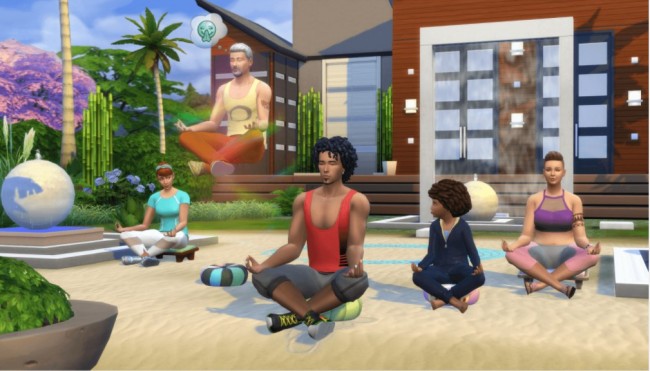 It is time to pamper up and relax as The Sims 4 receives its "Spa Day" Update. The said update will bring in new additions that will make players forget all of their worries for a day, including a new skill, a new costume collection, and spa-related in-game elements.

Along with the said update is the "Refresh" Game Pack, where players will receive the same contents from the update with additional content, as well as a patch update that fixed several bugs and issues within the game.

One of the new additions in The Sims 4 that was made possible by the Spa Day update, according to Dual Shockers, is a new trait where visiting a spa will melt the players' worries away.

Are you ready to give your Sims the Spa day of their dreams? 😍 Grab their besties for a mani-pedi 💅 with #TheSims4SpaDay update 🧖!

There are also new places to visit, such as a sauna house and a yoga studio, complete with unique activities and amenities, where they offer them a calm and welcoming atmosphere while revitalizing even the most stressed ones.

They can either visit those said places, build one for their own, or bring some of their amenities in to their houses instead.

Speaking of yoga, its classes that can take place even outside spas and gyms. Players can also hire their own yoga instructor or be a teacher of their own session thanks to the Instructor Yoga Mat, as well as leading Guided Meditations using the Meditation Stools.

Children are also able to practice and teach both yoga and Guided Meditations as well.

Aside from that, the Spa Day update will bring in three aspirational paths in order for them to achieve the Zen that they wanted.

According to Attack of the Fanboy, players can choose a path of a Self-Care Specialist that wants to monetize their love of fitness and wellness, a path towards Inner Peace for those who want to achieve ultimate harmony while utilizing learning tools to mitigate their negative emotions, or a path of a Zen Guru if they want to share the power of wellness to the world.

A new High Maintenance trait will also be available during the update. This trait will allow a player's Sim to experience any mindful task that can help its sense of well-being.

The three new aspirations and the High Maintenance trait, according to Gamereactor, will be available in Create A Sim, with a spa membership included with the former.

Other additions that will be in the Spa Day Update, and the "Refresh" Game Pack, include new nail enhancements and options, new furniture such as a massage table and a massage chair, Facial Masks that they can purchase, and the Doc Sweet's Luke-Warm Mini Despenser.

Aside from these additions, the Spa Day update also brought in several fixes in Sims 4. According to mp1st.com, the said update fixed an issue in the player's console controller where the Game Options menus were "a little off."

It also fixed several in-game issues, including one that will make a new game no longer experience an automatic generation of empty households, which causes an ensuing save size increase and performance lag.

It also fixed an issue that affects the Custom Content Chairs that creating routing issues when slotted with certain objects, as well as a bug that will lose a Sim's name when visiting the Goth's Lot and other Lots in a saved game.

TAG The Sims, The Sims 4
© 2020 Game & Guide All rights reserved. Do not reproduce without permission.