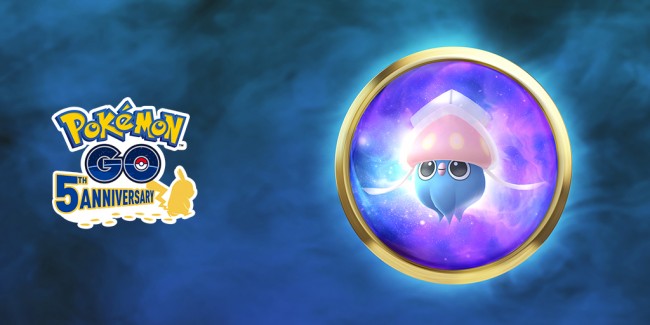 As part of its Season of Mischief, Pokemon Go brings in "Psychic Spectacular," a Limited-Time Field Research where Trainers need to complete in order to in-game rewards. These rewards range from Stardusts, Potions, TMs, and Pokemon encounters.

For this Field Research, once cleared, players will receive a chance to encounter Inkay, the Revolving Pokemon from Pokemon X and Pokemon Y, as well as other Psychic-type Pokemon.

How to Clear the Psychic Spectacular Field Research

The said limited-time Field Research, according to Future Game Releases, is composed of five stages, each has its own three sub-tasks.

Remember, Trainers! For a limited-time, you can complete Field Research to earn lots of Poké Balls, Great Balls, and Ultra Balls!

Learn more about the Season of Mischief here: https://t.co/EeuXcVWu6j pic.twitter.com/V6H0jldrBJ

In the First Stage, Trainers must Catch 10 Psychic-type Pokemon, transfer 10 of the Pokemon that they own, and spin a nearby PokeStop or a gym. Clearing these tasks will reward them a total of 1000 XPm 10 Pokeballs, 500 Stardust, 10 Razz Berries, and a Abra encounter.

In the Second Stage, they must Power up a Pokemon up to five times, then catch twenty more Pokemon while making five Great throws. These will reward them 10 Ultra Balls, 10 Great Balls, 5 Pinap Berries, a Fast TM, 500 Stardust, and a Ralts encounter.

In the Third Stage, according to Gamepur, they must hatch any Pokemon egg, evolve 2 Psychic-type Pokemon, and earn a Candy while walking with your Pokemon buddy. For the second part of this stage, players can use the Psychic-type Pokemon that they caught in in the First and Second Stages.

Clearing the tasks in the Third Stage will reward them 1,000 Stardust, 500 XP, 5 Revives, and a Bronzor, a Solosis, and a Girafarig encounters.

In the Fourth Stage, they must send five gifts to their in-game friends, use 15 fifteen Berries to help them catch Pokemon, and participate in the Battle League Season 9, which will last until November 29th.

Accomplishing these tasks will reward them 500 XP, a Charge TM, an Incense, and a Xatu, a Meditite, and a Starmie encounters.

Aside from that, they must also make 5 Nice Curveball throws, and use an Incence while catching a Pokemon. Accomplishing these tasks will earn them 1,000 Stardust, 1,000 XP, 5 Hyper Potions, a Lure module, and a Baltoy and an Inkay encounters.

The Psychic Spectacular Limited-Time Field Research, according to WePC, will last until September 13th at 8:00 PM.

Aside from the aforementioned field research and the Raids, other Psychic-type Pokemon like Abra, Drowzee, Gothita, and Elgyem will be appearing more frequently in the wild, as well as event-exclusive stickers will be given away to those who spin PokeStops and open Gifts from friends.