Warframe 'Operation Plague Star' Event Guide: How to Get and Use the Hemocyte Cystoliths, Infested Catalysts 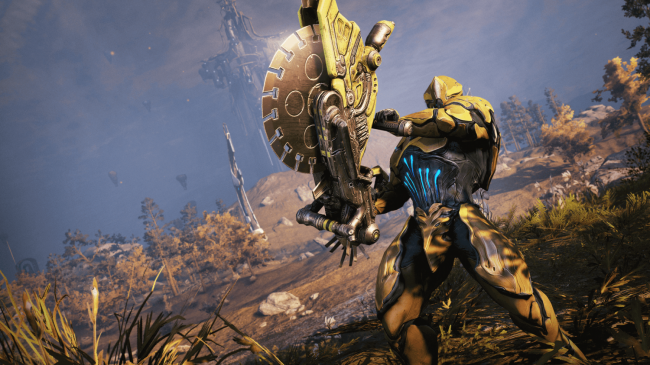 Warframe receives its 30.7 Update, which will bring in new additions in the shooting game. Along with the said update is the return of the "Operation: Plague Star," which was first introduced in 2017.

In the said event, according to MMORPG.com, players need to defend the Plains of Eidolon while collecting loot and rewards in the process, including weapons and the Nidius Prime Relics, which can grant components that they can use to unlock the Nidius Prime in the game.

Operation: Plague Star will bring in items for players to have in order to accomplish the event. These important items are the Hemocyte Cystoliths and the Infested Catalysts.

Push back the Infested for new Rewards like the gruesome Ghoul Saw! Learn more: https://t.co/GGqyWwtzsS pic.twitter.com/lJVdZ45Wa2

How to Obtain the Infested Catalysts

The Infested Catalyst, according to Gamepur, is one of the important items in Operation: Plague Star as it can spawn an Infest Hemocyte during the final stages of the bounty, earning them more Standing.

In order to get these Infested Catalysts, players must first research it in the Bio Lab in the Clan Dojo in order to create the blueprint. The said research will cost them 500 Credits, 12 Neurodes, 21,500 Ferrite, 19,500 Nano Spores, and 11,50 Plastids.

Once the research is completed within 24 hours, they can now avail the blueprint for the Infested Catalysts for just 5,000 Credits.

In order to build the said item, they need 500 Credits, 500 Plastids, 2,300 Ferrite, and 1,800 Nano Spores. They must also do this while in the Foundry, and it can stack up to five Infested Catalysts. Once it is completely built, they will need to place it in their Gear Wheel in order to access them during the mission.

During the Thrax Toxin mixing portion of the bounty, a message will pop out on the left part of the screen, revealing that you need to use four Infested Catalysts.

At that point, they can now approach the mixer, then open their Gear Wheel select and use the Infested Catalyst. Once selected, they will place it on the mixer. They will do this procedure three more times.

How to Obtain the Hemocyte Cystoliths

Another important item for the Operation: Plague Star, the Hemocyte Cystolith is a resource dropped by the Hemocyte after killing it and can be used to build the event's Clan Trophies. These items cannot be traded between players, and cannot be sold for Credits.

According to Dual Shockers, these items are immune to any looting abilities that often did not work due to the fact that the Hemocyte will despawn quickly.

If a player is in a Clan, the said item is essential as it can award the Clan that it represents the said trophies base on how many Hemocyte Cystoliths it needs. To build a Terracotta trophy, it needs 10 Hemocyte Cyctoliths, while those who want to build a Bronze trophy needs to have 25 Hemocyte Cyctoliths.

TAG Warframe
© 2020 Game & Guide All rights reserved. Do not reproduce without permission.