'Destiny 2' Vex Mythoclast Exotic Guide: Where to Get this Weapon, Stats, God Rolls 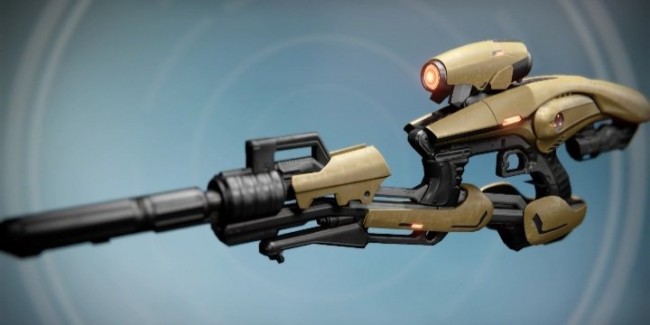 During their last This Week at Bungie post before Destiny 2's Season 15, or Season of the Lost, kicked off, Bungie said that they will implement big changes in the game's weapons, including the exotics. One of the said changes is the one that will be applied in Vex Mythoclast, an exotic fusion rifle.

First released in Season 14 as part of the returning Vault of Glass raids, the said weapon, according to Forbes, was buffed several times, including one from the pre-Seasons of the Lost developer's notes.

The Vex Mythoclkast fusion rifle, according to light.gg, can shoot 390 rounds per minute, and has the following stats - 33 in Impact, 86 in Range, 37 in Stability, and 55 in Handling. It also has high Aim Assistance but a low Zoom, as well as a high Recoil.

Episode 3 of Destiny 2 in a Nutshell!🖤

Thanks to the changes made in the last This Week at Bungie, which includes the tweak that all of the primary weapons will have an infinite ammo, the said fusion rifle will not have any problems regarding its magazines and reload speed.

Aside from the mentioned ammo tweak, the Vex Mythoclast, according to the same This Week at Bungie post, will receive an increased damage bonus for "player-versus-environment" (PvE) game modes by up to 40%, a reworked catalyst to grant stability and damage after a kill, and a reduced charge time for its linear fusion rifle mode to 533 in order to be up par with other linear fusion rifles.

These changes, according to Bungie, will make it strong enough to be a desirable reward for the raid, as well as to increase its ownership, especially only .6% of Destiny 2 players have the weapon, or 1.6% if it was adjusted for more active players of the shooting game.

Where to Get the Weapon

In order to get the Vex Mythoclast fusion rifle, according to Eurogamer, they must clear the Vault of Glass raid. To do this, they must first defeat Atheon at the end of the said raid. Once it is defeated, there will be a high chance that the exotic weapon will be a part of the said encounter's loot pool.

However, the chances of having the said weapon are slim as its drop rate is currently unknown, much like other exotics that are dropped in the final encounters of a raid.

It is also uncertain that the drops for the Vex Mythoclast has the "bad luck protection," which Destiny 2 would always give to several exotics who did not dropped after several encounters. With this "protection," these said exotics will be ensured to get eventually.

Once they got the said exotic weapon, players must need to know what perks is suitable for Vex Mythoclast. According to Polygon, its intrinsic exotic perk, Timeless Mythoclast, can make the weapon fire a single bolt when they pull it trigger, making it fire more like an automatic rifle than a fusion rifle.

It also has the Temporal Unlimiter perk, which can cause players who wield said weapon to gather Overcharge charges after killing an enemy.

Finally, the fusion rifle has the Exotic Catalyst perk, which can give the weapon more stability while accumulating Overcharge charges. This perk is a perfect combo with the Temporal Unlimiter perk.

Other perks that can be viable to be equipped in the Vex Mythoclast includes Arrowhead Brake, which can control its recoil greatly and increase its handling speed, and Hand-Laid Stock, which can further increase its stability.