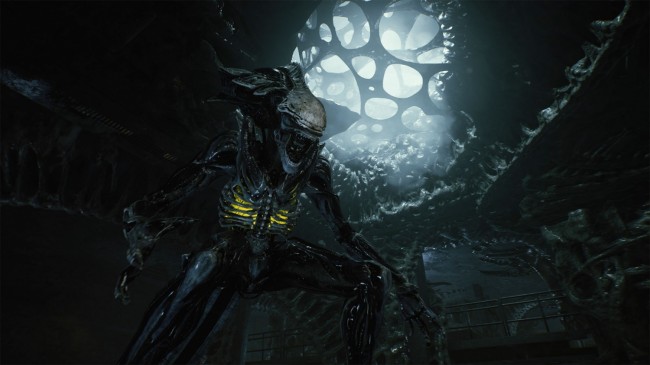 It is time to hoist those shields up as Aliens: Fireteam Elite brings in the new Marine Phalanx class for their Season 1, along with its Patch 1.06 Update, which will bring other new additions in the game, including new weapons, as well as bug fixes and other in-game changes.

The said character class, according to Comicbook, was first teased by Cold Iron Studios, the developers of the game, along with a possible addition of new Xenomorphs.

Shield Up with the Phalanx Class

The new Marine Phalanx class, according to NME, has its namesake collapsible shield that can serve as a mobile bunker for its allies in defending the team against the Xenomorphs and Synths.

According to the patch notes regarding the update, which was posted by Attack of the Fanboy, since their one arm is needed to hold the shield, they will be equipped with only a handgun and a close quarters weapon, which can be wielded in the other hand. If they are swarmed, they can trigger the point-blank Shock Pulse to disrupt their foes.

The said Marine class is free for all of the players of Alien: Fireteam Elite, and can be attainable by just logging in the game after Season 1 is active. It will also include a full suite of 15 kit-specific Perks, all of which can be obtainable as they play the game.

Aside from the new Phalanx class, the Patch 1.06 Update for Alien: Fireteam Elite will bring in four new weapons. According to Eurogamer, the said patch update will introduce the Type 88 heavy assault rifle, the L33 pike rifle, the L59 Minigun, and the N79 EVA laser handgun.

Aside from these weapons, new accessories and gun cosmetics will be added, including the Cowboy Hat - Straw head accessory, the Nuke from Orbit and the Nostromo gun decals, and the Fleck Camo Autumn and the Marble Gray gun colorways.

Changes, Fixes from the Update

Aside from the additional content, the aforementioned patch update for Alien: Fireteam Elite will implement changes in its several gameplay elements.

According to Attack of the Fanboy, once the update rolls out, the game's weapons will be leveled up to 4 Stars as intended, and all of their level-based benefits will be applied immediately, even for those weapons that were not unlocked in the game. Because of this change, the game will lower the XP requirements for each weapon rank.

Aside from the mentioned change for the weapons, the patch update will fix several issues, including several issues regarding audio such as an audio issue with flamethrowers being used on players and bots, as well as an issue where the sound effects while collecting First Aid Kits were not playing.

The update also addressed several bugs that affects combat, including a bug where the Hoenikker could be "insta-killed" on game difficulties such as Extreme and Insane that allows insta-kills, as well as a bug where charged based abilities did not benefit from any Cooldown Reduction perks.

Other bugs that were fixed by the Patch 1.06 Update includes one that prevents players from unlocking Horde Mode and the Recon Kit after completing any campaign prior to the patch update, as well as the bug the prevent them to progress in the said game mode.

It also fixed a bug where several players were not being awarded the Specialist Elite Skin upon reaching the Rank 8, as well as a bug where wireframe shapes would sometimes appear around players.