'Life is Strange True Colors' Memory Collectibles Guide: Where to Find Them in Chapters 1 and 2 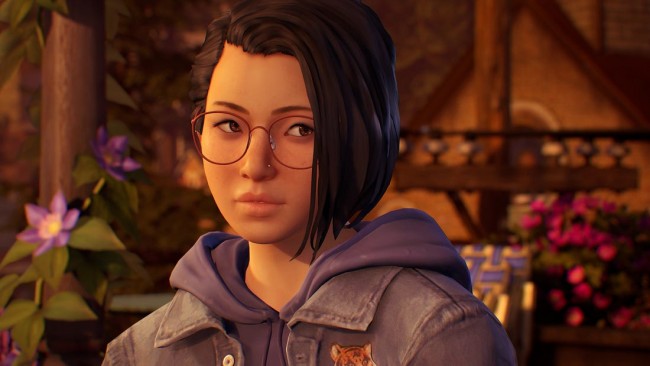 In Life is Strange: True Colors, players will control Alex Chen, and explore various locations in Haven Springs, while using her psychic empathy powers while communicating with several non-playable characters (NPCs) in order to read and manipulate their emotions.

Along the way, players will encounter several collectibles called Memories, which past events regarding them are seen thanks to Alex's psychic powers. The collectibles are hidden objects that are scattered throughout the areas within Haven Springs.

If players miss these collectibles in a Chapter, they can come back by going to the Chapter Select on their main menu, then select the Chapter that they want to go back. If they select Replay, the saved progress for that Chapter will not be reset.

Here's a better look at the outfits included in the Alex Outfit Pack available when you pre-order #LifeisStrange #TrueColors!

Where to Find the Memories in Side A

To locate the first Memory in the game's "Chapter One: Side A," according to Gamepur, players must attack Mac in Alex's apartment. They will see Gabe going down to the bar, and once he is gone, they will have a chance to unpack Alex's bag.

Before proceeding to the door, they will go to the desk and use her psychic powers to look for the Memory in a pile of papers on the right of the desk. Once they saw a piece of paper glowing, they will pick it up.

For the second Memory, players must traverse to the same apartment room until they saw a crack in the wall, which is seen below a poster in the lower left of a small shelf.

Afterwards, they will go to the bar for the third Memory. They need to talk to Jed to offer them a job as the bar's server. As they walk in the area, they will see a business card that is behind the counter to the left towards the jukebox. They will pick it up in order to obtain the third Memory.

For the fifth, and final, Memory for Chapter One, after comparing Ethan's comic in the same mining area, they will go to an open crate, then enter the building using the door that is beside the said crate.

After the cutscene, once they gain control, they will turn to their right until they see a phone on the wall. Once they pick up the said phone, they will collect the final Memory of the chapter.

Where to Find the Memories in Lanterns

In "Chapter Two: Lanterns," all of the Memories that will be collected, according to Gamepur, can be found in "Tracking Down Mac."

For the first Memory, they need to go to the stairs and go up to the roof of the bar. Once they are at the doorway, they go to the right to find a flower bed. The said Memory, which is in the form of a button, can be seen within the flowers of that said flower bed.

The third Memory, which is in the form of an umbrella, can be seen on the same area, but they will search for it at the back, right next to the exit door.

For the fourth Memory, they must go to Charlotte's dispensary, then go to the backroom where they will see a bunch of gummy bears sitting on a shelf behind the counter full of jars of weed. They will pick it up in order to have the Memory.

For the fifth, and final, Memory for Chapter Two, they must help Eleanor regarding her Memory in the flower shop. They must search for it in the same area, which can be seen at the bottom of the cabinet next to the little gnomes. Once they got it, they complete all of the five Memories for the Chapter Two.