'CoD Vanguard' Arthur Kingsley will be Playable in 'CoD: Mobile': How to Get Him for Free 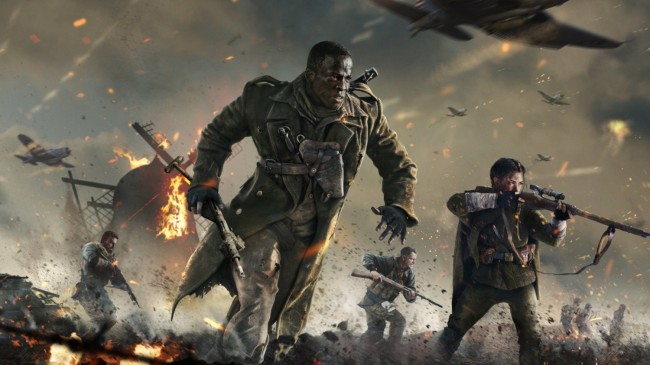 In preparation for the release of Call of Duty: Vanguard, Activision announced that one of the shooting game's characters, Arthur Kingsley, will be crossing over to its mobile version, Call of Duty: Mobile, and it will be playable for free as an Operator Skin.

This will be the second crossover within the Call of Duty franchise in promoting its newest installment, according to EsportsTalk, as it was first revealed in an event for Call of Duty: Warzone last August 19th.

One of the four protagonists of the said game, Kingsley will be a part of Call of Duty: Vanguard's main single-player Story Mode, which will be focused on World War II and its "war theaters" in Europe.

Calling all @PlayCODMobile players📱
Get Arthur Kingsley by playing in the #Vanguard BETA!

This means that there is a possibility that several weapons based on the second Great War will be also seen in Mobile as part of the said promotion for Vanguard.

The said release of Kinglsey in Call of Duty's mobile port will also be a starting point for players who are curious about Vanguard as they will play the character as an Operator Skin first hand before the game's formal release on November 5th.

How to Get the Kingsley Operator Skin

In order for them to get the Arthur Kingsley Operator Skin, according to Gamespot, players must link their Activision accounts to Call of Duty: Mobile. To do this, they must enter the mobile app and log in their in-game information.

Next, they will go to Settings, which is the gear icon located at the top of the screen. Then they will tap the button in the top right corner of the screen that will indicate their preferred account that will be linked in the game.

Afterwards, they will tap the Call of Duty icon from the options provided. Once they tapped it, they will be redirected to a browser window, where they will enter the email address that was used for their Call of Duty account and its password, then tap "Login Now."

Aside from linking their Call of Duty account in the mobile app, players must also play the Beta Version of Call of Duty: Vanguard using the same Call of Duty Account.

They can either participate in the Beta Version that was included in the Early Access for PlayStation, Xbox, and Battle.net if they pre-ordered the game on September 10th to 13th and September 16th and 17th respectfully, or in the Open Beta for all gaming platforms on September 18th to 20th.

Once they participated in either Beta Versions, according to Dexerto, they will check their Call of Duty: Mobile inbox until they see a message with a redeem code inside of it. They will get the code and enter it in a special webpage. Once they redeemed it, they will return to the game's inbox and claim the said Operator Skin.