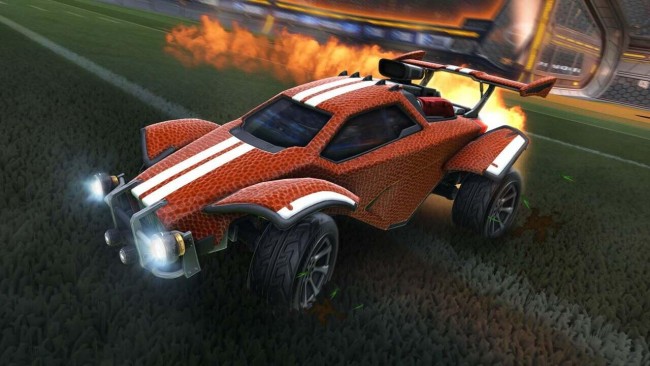 It is time to hit the gridiron on four wheels as Rocket League partners with the National Football League in bringing in the "NFL Fan Pass." The said fan pass, which was released during the opening of the professional American Football league's 2021 Season, will bring in new in-game items for players to get.

This is part of the multiplayer team ball game's Patch 2.03 Update, which will add new features, as well as implementing changes and bug fixes in Rocket League's gameplay and other in-game elements.

Players who bought the NFL Fight Pass, which costs 1000 in-game Credits according to DBLTap, will receive 32 Dominus decals that will represent all 32 NFL teams, as well as the new Pigskin paint finish for their cars.

Also, catch us LIVE ON TWITCH for the Gridiron Games. #Kickoff2021https://t.co/KK2OIssXPU pic.twitter.com/9khA5ug6V9

According to TrueAchievements.com, the said fan pass will also bring in other bonuses during the rest of this year's NFL Season. For the NFL on Thanksgiving Day, Rocket League players will receive 32 NFL Team Octane decals, 32 NFL Team Player banners, and 32 NFL Team antennas.

Aside from the NFL Fan Pass, the Gridiron Limited Time game mode will make its return to the Rocket League once the Patch 2.03 Update rolls out. The Gridiron, according to Nintendo Life, is an 8-player game mode where two teams of four will race to score points American Football-style.

In order to score a "touchdown," players need to drive their cars with the ball sticking out to them to the opponent's side of the game field before the opposing players "tackle" their cars to the ball holder. The Gridiron Limited Time Game Mode will last until September 15th.

A new set of NFL-theme Challenges will also be online for players to complete. Once cleared, according to Nintendo Life, they will receive an NFL Topper and an NFL Boost.

Aside from the collaboration with the NFL, Rocket League's Patch 2.03 Update will also bring in several additions and changes to the game. According to GadgetsNow, the said patch update will open a new server in India, with the city of Mumbai will serve as its host.

Aside from the opening of a new server region, the same patch update will also fix several bugs that might affect the game as a whole.

The update fixed the bug that causes aliasing along the ramp in the Deadeye Canyon game area, as well as a fix to a bug that causes a player to be kicked prematurely during a Tournament game mode.

The said patch update also fixed several localization issues for the Italian, German, and Russian in-game languages, as well as it fixed a crash issue involving the Dropshot game mode and the NASCAR trail.

Finally, the Patch 2.03 Update will correctly display the ranks of the players in tournament game mode on its History page.