'Rocket League' Auriga Item Series Guide: How to Get the Blueprint for the Dingo Car 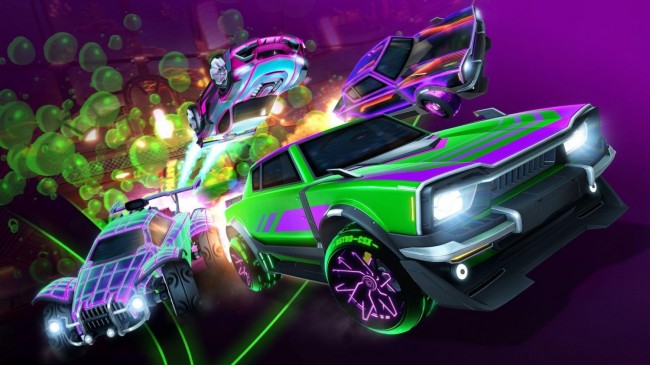 As its Season 3 has slowly come to the close and its Season 4 is fast approaching, Rocket League announced they will be releasing the latest addition to their Auriga Series in the form of a brand new battle car, the Dingo.

The said battle car, along with the rest of the vehicles and items in the Auriga Series, will begin to appear in the multiplayer game as a Blueprint for player to own and build.

Get in the Gear with Dingo

According to Comicbook, the Dingo battle car was described by Psyonix, the developers of Rocket League, as "an enforcer with classic stylings and an Octane hitbox."

🚗 It's Dingo! 🚗
Meet the new car and the Auriga Item Series, appearing as Blueprints starting today. Look for these new items in the Item Shop soon! https://t.co/AYDMX5sN7T pic.twitter.com/skJqJu1iFl

The said vehicle, according to TrueAchievements.com, is not just one of the new additions in the game's roster of cars, but the Dingo will also headline the said Auriga series.

Along with its release, according to a post in the Rocket League's website, are four new Decals, with additional Decals coming from the series that is specific for the said battle car.

The Auriga series also has a set of new items, including the Glitch and the Astro-CSX Wheels, which both of them will have Special Edition variants, the Humid Haze Animated Decal, and more items that will be announced soon.

The Encryption Decal and the Inamorata Goal Explosion Graphic will be also included in the Black Market. According to HITC, Psyonix also added seven new items from Athena's garage for a limited time only.

How to Obtain the Blueprint for Dingo

The newly-added Dingo battle car, as well as other newly-added items from the Auriga series, can be attainable via two different methods. One of those methods is by buying the said car in the game's Item Shop, whioch according to Comicbook, is a straightforward option.

The other option is through obtaining Blueprints. In order to obtain the blueprints, players must either grind through online matches or trade with other players.

According to DBLTap, after every online match, they will have a random chance of receiving a Blueprint drop. Once they obtained the Blueprint needed in the said drop, which required a lot of RNG, it will go into their inventory where they can craft it whenever they choose.

In order to craft a Blueprint, they must spend a specific number of credits to build it. For the Dingo battle car, according to HITC, the unpainted variant costs 500 credits, while the painted one costs 700 credits, and its Titanium White variant costs 800 credits.

Aside from the Dingo Blueprint, several items also have multiple Blueprints, which has different variation depending on what item it can be built from. There is Painted, Certified, and Special Edition Blueprints, all of which has varied crafting costs.

Rocket League's Season 4 will kick off this August 11th, and it will be available for free for Windows PC, Nintendo Switch, PlayStation 4, PlayStation 5, Xbox One, and Xbox Series X|S.