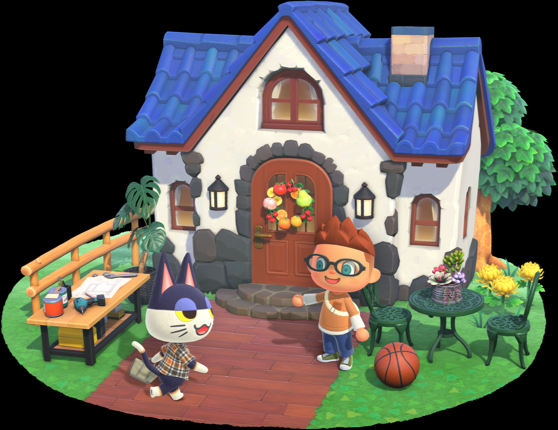 Animal Crossing: New Horizons, much like other life simulation video games, lets its players to live the "normal life" in the most unique way. In the game, they can be whatever they wanted to be thanks to the freedom it gave to customize everything, from their avatar to their home.

It also gave them the opportunity to speak with the Villagers, the non-playable characters (NPCs) of the game, as if they are ordinary people. They can do it either in a quest or just to pass time.

However, most of the time, the dialogues between the players and the NPCs are starting to get repetitive, causing to make things in the game more monotonous.

Oftentimes, the dialog in Animal Crossing New Horizons is bland, but other times, it's just odd.#AnimalCrossing #ACNH #NintendoSwitch pic.twitter.com/1U3gNB17hS

How to Avoid Repetitive Dialogs

There are many ways to avoid repetitive dialogs in Animal Crossing: New Horizons up to the point that they can also unlock several secret ones that they will see in the game for the first time.

READ ALSO: 'AC: New Horizons' How to Tell Which Are Real or Fake Redd's Paintings and Statues Guide

According to Sportskeeda, one of the ways in doing this is to travel to various locations in the game while completing their daily tasks. This is an easiest way to access any new dialogue from the Villagers in an area, which is away from their usual talk about the surroundings or about themselves.

Also, according to Essentially Sports, several locations such as the museum and Nook's Cranny, have new and secret dialogues that Nintendo tend to add while developing the game. These dialogues will trigger once the player is inside of that area.

Another way to avoid the repetitive dialogs in the game is for players to change their outfits. As mentioned earlier, Animal Crossing: New Horizons offers players the freedom to customize the outfits of their Avatars.

Because of this, Villagers often share their views regarding the outfits that they are wearing once they see it. This could lead to several hilarious and adorable moments in the game.

Every Villager has that keen eye in terms of what the player's Avatar is wearing, from top to bottom, and they will not hesitate to express their envy at seeing it wearing an elaborate outfit.

Speaking of the Villagers, they can also be a key in not having repetitive dialogs between them and the players. Animal Crossing: New Horizons has over 300 Villagers that are categorized based on different personality type.

However, Nintendo limited the number of Villagers that will appear on an island at a time to only 10. Despite of this limitation, players tend to invite other Villagers by using Amiibo cards.

Animal Crossing: New Horizons, according to Newsweek, is compatible to any Amiibo item available, from statues to cards, and players can use this function by "touching" the said item through the NFC touchpoint, which is located on the right control stick of a Nintendo Switch Joy-Con.

Once scanned, the said Villager can now appear on the island, and players may also invite them to strike a pose in Photopia, where they can have created photo shoots together. This technique can also trigger a set of new dialogues for the said Villagers.

READ ALSO: Animal Crossing: New Horizons' Might Have Monopoly Board Game: What's Inside the Box, Release Date, Where to Buy, Price