'AC: New Horizons' How to Tell Which Are Real or Fake Redd's Paintings and Statues Guide 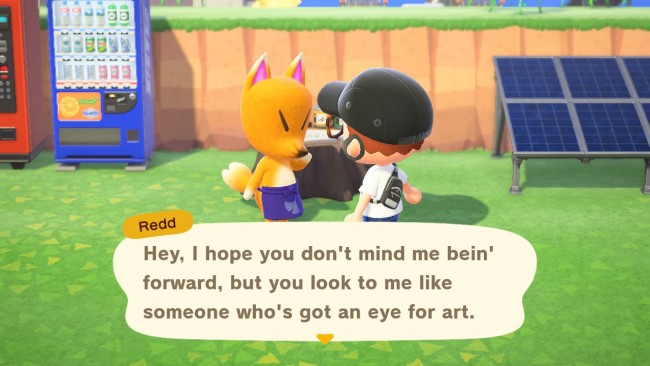 In Animal Crossing: New Horizons, players can experience anything that can do in real life in the open-world simulation game. They can be whatever they wanted to be, decorate their own homes, travel to any place to meet their friends, and even collect artworks to create their own museum.

And speaking of artworks, the game's resident collector and shady salesman, Redd, would come out in his boat and offer said artworks, whether if it is painting or sculptures, to players that wants to open their own exhibit.

However, there is one problem, according to Republic World - they do not know if the said artwork is a fake one or real. If the players bought the fake one, according to Polygon, it cannot be donated to the Museums or sold in Nook's Crannies because it is worthless.

I got all fake artwork today on redds boat :/ #AnimalCrossing #ACNH #NintendoSwitch pic.twitter.com/dlzGNPZeQ4

How to Spot the Fake Artwork

In order to look for those artworks in question, according to Nintendo Life, players must first get inside to Redd's boat to see them after the salesman offer them to take a "closer look" at them.

They might have a difficulty in seeing the details in those offered artworks considering that the lighting inside the boat might be poor. However, they can able to zoom up close to look at the nook and cranny of every one of it to spot if it was a fake artwork or a real one.

In Animal Crossing: New Horizons, there are 30 paintings for players to collect, with some can be forged easily by Redd. Each of the forged artworks has that distinct visual flaw that they can spot easily.

For the Moving Painting, which is Sandro Botticelli's The Birth of Venus, the tree that was supposed to be behind the lady on the right is missing in the fake painting, while for the Quaint Painting, which is Johannes Vermeer's The Milkmaid, its fake version has lots of milk pouring out from the jug.

There are other fake paintings in the game are "haunted," where their appearances will change at any time of the day. Paintings that have "haunted" fake versions include the Graceful Painting (Hishikawa Moronobu's Beauty Looking Back), the Scary Painting (Toshusai Sharaku's Otani Oniji II), and the Wistful Painting (Johannes Vermeer's Girl with a Pearl Earring).