'Car Mechanic Simulator 2021' Fastest Minivan Restoration Guide: How to Make it into Supercharged One that Would Make a Soccer Mom Happy 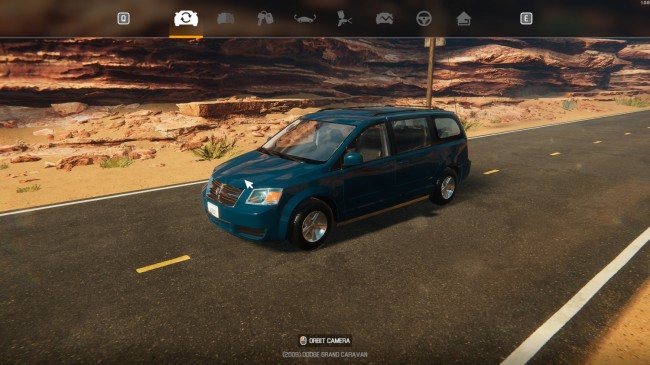 In Car Mechanic Simulator 2021, players will be given an opportunity to repair and restore one of the 72 cars that was pre-installed in the game, and 8 cars that was included in two of its downloadable content (DLC) car packs, using more than 4,000 car parts available.

Players may also have the freedom to customize and tune said cars during restoration in order to bring out its optimized or maximum performance on the road. This kind of customization can convert even a minivan that is usually a staple vehicle for soccer moms to a possible king of the road.

How to Restore a Minivan

The said minivan in question is actually a recently released mod for a 2015 Dodge Grand Caravan. Players who want this mod can go directly to the Steam Workshop. Once they downloaded the said mod, they can see the said car in either the Junkyard, the Barn, the Car Salon, or in the Car Auction.

Once they bought it, they can now start restoring the said minivan, or repairing if its parts are still in working condition, souping it up into a Supercharged one.

To start the said restoration, according to a YouTube video made by SONNY Gaming, players must first carwash and detail the interior of the said car until both of them are clean. Next, they will disassemble the said car, including its body kit, engine, wheels, suspension, and interior parts, until what is left is the body frame.

Next, using the wielding machine, they will repair the said body frame by picking the Repair option after clicking the said machine.

After repairing the body frame, they will proceed to work on the engine. In a YouTube video made by DieselDesigns Gaming, the minivan houses a V8 engine, which can be upgraded into a Supercharged one.

They will also need to have the parts for the Supercharger, including the unit itself and its intake manifold, along with camshafts, the cam gears, the spark plugs, the fuel filter, the exhaust manifolds, the fuel rail DI, the timing belts, the timing covers, the crankshaft pulley, the idler rollers, the water pump and its pulley, the supercharger serpentine belt, and the belt tensioners.

They will also need to have the serpentine belt, the throttle, the ignition coil, and the coils cover. Once they have completely built the Supercharged engine, they will install it in the car itself, followed by the rest of the parts, including the wheels, suspension, interior parts, and the rest of the body kit and lights.

After replacing its brake fluid, its windshield wiper fluid, its oil, its coolant fluid, and its power steering fluid, as well as aligning its wheels and lights, they can do a dyno test, as well as test driving it to see its performance on the road. They can also upgrade its tires and its gearbox if they want to have an even more optimized performance.