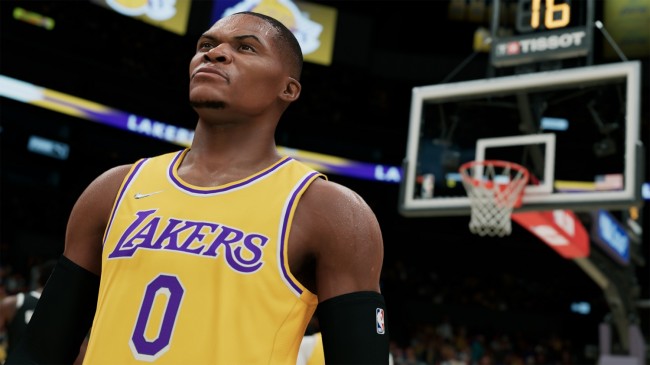 NBA 2k22, the recently released latest installment to the NBA 2k video game series, brings in a "more competitive and immersive" gameplay to its players and fans while giving them the freedom to create their very own in-game career thanks to its game modes such as MyNBA, MyCareer, and MyTeam.

However, several problems have appeared during the said launch, including one regarding an error code message that usually pops out in the game. According to DBLTap, players experience seeing the Error Code 4b538e80 every time they enter in the game.

According to a post in their Support webpage, 2K, the developers of the NBA 2k22, stated that the reason why the said error code usually appears in game is because players did not download its latest updated data.

#AnyoneAnywhere can be a superstar in 2K22 🌎

Because of this, the game will not continue to load unless the said updated game data is inside of it after downloading.

Another reason why, according to Cyberockk, is that the game servers are down and players need to wait for a period of time for it to be restored and accessible again.

Other reasons behind the said error code, according to DBLTap, includes the confirmation of an account email needs to be sent again, as well as a player has exceeded the amount of NBA2k accounts that are logged in their single console.

A software blocking their connect to the game's servers, an issue regarding a console's Reserved Space in its hard drive, and an out of sync data may also became reasons why players receive the Error Code 4b538e80.

Ways to Fix the Error Code

There are many ways to remove the Error Code 4b538e80. The most common solution, according to 2K, is for players to wait for the data update to download to their consoles or PC. Depending on the size of the said data and speed of their internet connection, the download would take a long portion of their time.

There are many ways to trigger the said download. According to Cyberockk, players may try to restart their consoles or PC or go to the Features menu in-game then choose Credits.

They will wait for few seconds until a message that says "Update Required - Return to the Main Menu to apply the update and dismiss this message" will pop out on the lower left corner of their screen.

Another way to trigger the download, according to DBLTap, is by playing a couple of games in the Play Now mode, which will also prompt the same message to return to the Main Menu, as well as resending again the email confirmation for their MyPlayer/NBA2k account.

They can also try either a PathPing or a TraceRoute trace any interference that caused any connection problems in the game to its servers by typing in the following in the Command Prompth - pathping -n 104.255.107.131, then copy the output that will pop out in the same prompt window, then paste it into the Notepad.

Afterwards, they will type in tracert 104.255.107.131, then press Enter. They will wait until the "Trace Complete" will pop out on the prompt window.

They will copy the said information, then along with the other information from PathPing and other important information such as their Platform ID and email address, they will send both of them to 2K's Support Website though its "Submit a Request" page.