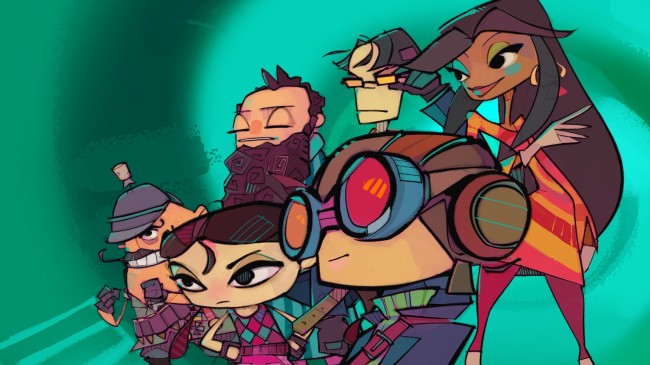 In Psychonauts 2, players take control of Razputin "Raz" Aquato as they will traverse the human psyche and defeat the enemies, which are physical manifestations of negative human thoughts, using his psychic powers.

Lady Luctopus, an LED-filled octopus-like manifestation of gambling addiction, is the main boss of Hollis' Hot Streak. Players will face the said Boss, which can attack them with cards and lightbulb-like bombs that the boss usually "spits," as well as an attack that can zap them once they are on the ground.

To defeat the said Boss, according to Gameranx, they need to use Raz's Telekinesis to throw the said bombs to its tentacle that is holding the cards.

Once the Boss is down after the said attack, they must jump using the Mental Connections that will be appearing towards the top, as well as his Levitation ability. Using his PSI Blast, they must shoot the head in order to reveal the weak spot.

Once it gains consciousness, the Boss will use its cards for attacks and to defend those glowing tentacles. Players need to dodge the red streaks, then using his PSI Blasts, they will attack the card-holding tentacle once its shield was lowered.

They will repeat what they did in the minutes of the battle, which is attacking the tentacle using the bombs lifted by his Telekinesis, followed by attack the weak spot on the top of her head.

Once it gained consciousness again, it will zap the ground to temporarily stall the players while unleashing her attacks in a faster rate. Once they evaded those attacks, players must use PSI Blasts to attack the tentacle again, but this time, they must time the said attack as the tentacles will move left and right.

Finally, for the third time, they will throw the bomb to a glowed part in the tentacle, then they will attack the weak spot on the top of its head.

The Gluttonous Goats, the hand puppet "judges" in a cooking show that is happening inside Compton's Cookoff, is the second Boss of the game. In order to defeat them, according to The Gamer, players must first avoid their projectile vomit while waiting for the "ingredients" needed, which they will eventually barf up to Raz.

They can use either Levitate or Pyrokinesis to safely roll over the purple gunk that they puked out to them. They can also attack the green globs as it can restore their health.

Once they saw the ingredients barfed up, they must use Telekinesis to pull them out then throw it to any of the two pipes. When the plate is presented to the "judges," players need to tap a button in order to "feed" while taking damage.

The third Boss in the game, The Die-Briarian is also the Boss of Cassie's Collection, and can summon a swarm of enemies to fight for her.

In order to subdue it, players must attack it using objects that was lifted by Raz's Telekinesis or his PSI Beam, then clear those summoned enemies while avoiding the projectiles that is targeting Raz. Once it is disoriented, they will see a switch inside of its mouth.

They must summon an Archetype using his Projection ability, they will send it to flip the said switch that will activate a pathway, where one of Cassie's personalities will enter the Boss' body.

Afterwards, it will summon more minions, but her attack patterns will not change. From there, they must repeat the process until all three of Cassie's personalities are in the Boss.

The three-headed Trueheltia Memontria is the fourth Boss that players need to face in order to clear Bob's Bottles and to progress the game. At the start of the Boss Fight, they will be summoned in a torrential whirlpool.

According to a YouTube video made by Jaba Play, in order to defeat the boss, they must use the Telekinesis ability to throw the tomato-like projectiles to them while avoiding the attacks from them, including fire spewing in their mouths, as well as other obstacles in the whirlpool, and the attacks coming from the moth.

Once they subdued one of the heads, they will go towards a cocoon-covered Bob and attack the said cocoon. After clearing several minions, the game will return them back to the whirlpool. From there, they need to repeat the process until all three heads of the Boss is defeated.

After clearing almost all of the stages in the game, they must need to defeat Maligula in order to complete the game. To eliminate her once and for all, players need to avoid the snakes coming out of her swirling vortex form by using either Pyrokinesis or Levitation.

They will need to repeat the process until they stumble upon a cutscene where Maligula will grow larger. From there, Raz will also grow larger as well, triggering a Godzilla Vs. Kingkong-esque battle sequence.

In order to fight the giant Boss, they will need to push the buttons for either an attack or a pyro breath until they defeat the said boss by pushing it off a cliff.