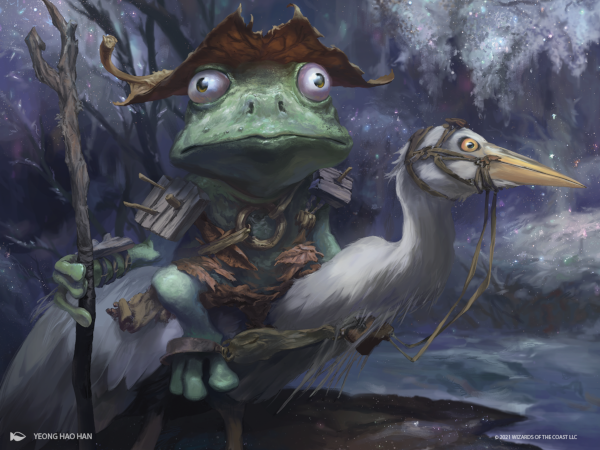 Several players of Magic: The Gathering Arena have encountered, and reported, a bug that could gravely affect the game, especially their progression. This happened while the gamer is preparing for the launch of their new card set Innistrad: Midnight Hunt.

The said bug, according to Cogconnected, made several of the game's players, including top-ranked ones, lose their in-game progress, while others have found themselves unable to level up in the game at all because of the said bug.

A Bug the Hinder Progress

In a subpost in the Magic: The Gathering's Reddit posted by u/TwidgeMC, the said bug was first reported in the game's forum last August 30th revealing how the bug works.

This update will fix a bug that caused some players at Mythic rank to enter a state where their rank was listed as “Beginner”.

This and other bug fixes will be outlined in our upcoming patch notes. https://t.co/2mSZmqWryQ

According to the forum post, the said user tried to reach the Mythic rank in both Limited and Constructed, but later on, it got the Beginner Tier 0 rank. The post also stated that every time that it tried to win a game, it gets no update regarding its rank progression and instead received the "Victory" screen only.

However, according to Techraptor, the bug became worse as players who are trying to reach the Mythic rank while playing a game during an in-game event, such as Drafts, will find themselves unable to progress in other events at all.

This means that their in-game ranking did not progress at all and instead stayed at Beginner Tier 0, while their wins and losses during said events were not counted.

According to the same Reddit post, the said bug, which became persistent for two weeks, had caused a domino effect on the online card game that some of its players are unable to register any wins or losses in its Arena Open that they are protesting by repeatedly conceding games just to help other players.

Some of them, including streamers, have also responded regarding the inaction of Wizards of the Coast regarding the said bug by either creating smurf accounts to avoid it or bombarding the company's Social Media and Customer Care webpage with questions of when they will fix the said bug.

As mentioned earlier, players of Magic: The Gathering Arena have bombarded the Social Media accounts of the game and of Wizards of the Coast's customer Support regarding on what actions they are planning to do in order to fix the game-damaging bug.

According to the Reddit post, at first, the company responded said inquiries with "we are too busy to give you a reponse," which made them angry due to the fact that they did not announce any fixes or compensation for the players.

However, days after the said Reddit post, Wizards of the Coast wrote a Quote Retweet pointing to a Tweet from their Customer Support Twitter page that states that the game will have its scheduled maintenance this coming September 16th, to implement the 2021.9.0 game patch update.

According to the tweet, the said maintenance will not have a downtime period but players need to restart the game, while the changes that will implemented in the game because of the patch update will deployed at estimated four hours.

According to the game's Twitter page, the said patch update might fix the said bug, along with the other ones that are plaguing the game itself.

Several players welcomed the said response, however they are still not pleased at the fact that the company "ghosted" them for two weeks, while others, especially those who experienced the said bug, are asking for compensation.

TAG Magic: The Gathering Arena, Magic the Gathering
© 2020 Game & Guide All rights reserved. Do not reproduce without permission.