'Age of Empires IV' Technical Stress Test Guide: How to Sign Up, What will the Participants Expect 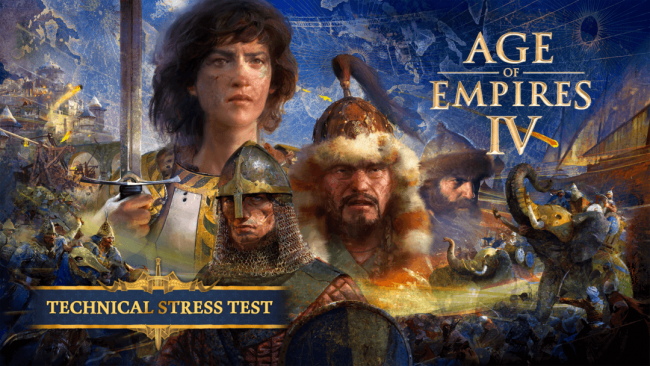 Xbox Studios has announced that they will open the registrations for the Technical Stress Test for the Age of Empires IV within this week of September. The said test, according to Gaming Lyfe, will check if the game's servers and systems are ready to go, as well as a preparation for its October 28th Launch.

The Technical Stress Test will let its participants experience the game's graphical features, as well as new in-game additions, including new civilizations that will be available for play once the it rolled out on top of the returning ones.

What Changed after the Closed Beta Test

The said Technical Stress Test for Age of Empires IV, according to Xbox Studios' post in their website, will be different from the Closed Beta Test for the real-time strategy game that they have conducted last August of this year.

🥁 War drums are sounding a call to arms 🥁! The Age IV Technical Stress Test is OPEN TO ALL from September 17th – September 20th. Ready yourself for ⚔️ war ⚔️!! https://t.co/1ZI164BDey pic.twitter.com/8ak9LS2LNV

According to the developers, the said test will focus on scale testing the game's servers and systems before the October launch.

The reason for this is for them to drive as many participants as possible during the test's period to make sure that the game's matchmaking, along with its lobbies and other additional systems, will hold strong.

To make the said test easier to access, a stress test build will be available on both Steam and the Xbox Insider App hub on the Windows PC, and it will not require players to have an invitation or be an Age of Empire Insider. The developers also allow a larger number of participants in test to make sure that it is more successful.

Another difference between the two tests, according to Worth Playing, is that in the Technical Stress Test, the camera distance in the game were changes and the maximum distance for the camera's zoom has been tweaked, as well as additional balance changes and bug fixes.

As mentioned earlier, the build for Age of Empire IV's Technical Stress Test will be available in either Steam or the Xbox Insider Hub app.

According to the game's news post regarding the said test, for the participants who wanted to access the said build in the Xbox Insider Hub, they need to check the Preview tab for the game, then download the said build for the stress test.

For the participants who want to have the said build via Steam, they need to check the page of the game itself, then look for the Playtest section, where they can access in order to get started. A pre-sign up is also available for both the Xbox Insider Hub and Steam.

They must also own a Windows PC whose system specs are fit for the game's minimum or recommended system specs required.

What is Inside the Stress Test

In the Technical Stress Test for Age of Empires IV, according to Xbox Studios, participants will play the said game either through multiplayer or against an AI via its Multiplayer Custom Lobby. They will also try its Mission Zero, which is technically the gateway to the game and acts as its tutorial.

Only four civilizations will available during the said stress test - the Chinese, the English, and the Holy Roman Empire, who are mainstays in the Age of Empires franchise, as well as the Abbasid Dynasty, the newest addition to Age of Empires IV. Five maps will be also playable in the said test.

Participants may post their feedback regarding the game through the game's official forums, and they will not be under a Non-Disclosure Agreement, which means that they are allowed to post what they have seen during the stress test.