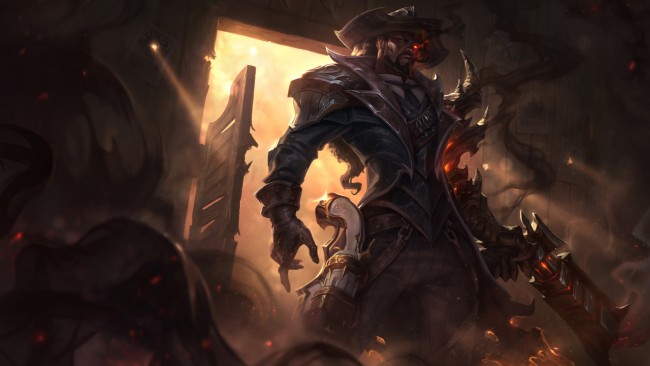 League of Legends: Wild Rift will receive its Patch 2.4c Update, bringing in new additions to the game, including new skins and accessories.

Aside from the said additions, the patch update will also implement changes to several Champions, as well as other gameplay changes.

The Patch 2.4c Update will bring in changes to several Champions in League of Legend: Wild Rift. According to Dot Esports, Lucian's Base Health will be increased from 570 HP to 610 HP. The cooldown for his Relentless Pursuit skill was reduced from 23/20/17/14 seconds to 22/19/16/13 seconds.

It’s quiet… maybe too quiet. A few balance changes for some snowballing outliers and the long awaited introduction of High Noon Lucian and Senna to the roster.
➡️ READ MORE: https://t.co/OJUunYj4kI pic.twitter.com/NNL27kgDh9

The reason for this tweak, according to the patch notes in the game's webpage, is due to the fact that the Champion, and his core items, was nerfed or tweaked, making him too weak. The said changes for the Lucian will might put him in a more stable state.

Rammus will also receive changes in his skill set. This is due to the fact that the Champion is "over-performing" after the last patch update, hence the update will tone down on his player-versus-player damage scaling, as well as amping up his bonus damage to creeps.

Rengar's base stats was nerfed after being too strong during the early game. His base Armor was reduced from 45 to 40, while his Base Attack Damage was nerfed from 70 to 64.

Teemo's base stats will also be reduced after being overperformed in the game. His Health regeneration rate will be decreased from 7.5 to 6, and his Health increase every time he levels up will be reduced from 115 HP per level to 105 HP per level, with his maximum Health at Level 15 will reduced from 2180 HP to 2040 HP.

Aside from the tweaks for the Champions, the patch update will change the Zeke's Convergence item. Once the update rolls out, according to invenglobal.com, the cost of the said item will be reduced from 2,800G to 2,700G, with its combined cost reduced from 900G to 800G as well.

The Slow ratio and magic damage per second from the item's Frostfire Covenant will be increased from 40% to 50% and from 40 to 60, respectfully.

The Patch 2.4c Update will also bring "the high noon" to League of Legends: Wild Rift. According to Dot Esports, the high Noon Champion Skins for both Lucian and Senna will be released in the game on September 22nd at 7:01 PM CT (September 23rd at 12:01 AM UCT).

Along with the said skins are the new accessories such as the "Town's Not Big Enough" Bauble and the "C'mere, You!" and the "Thank Ya Kindly" Emotes. Both of these accessories will be released throughout the patch update.

The Patch 2.4c for League of Legends: Wild Rift will probably be the last patch under the 2.4 Update, as according to the game's patch schedule, the next patch update, Patch 2.5 Update, will be rolled out this coming October 9th.