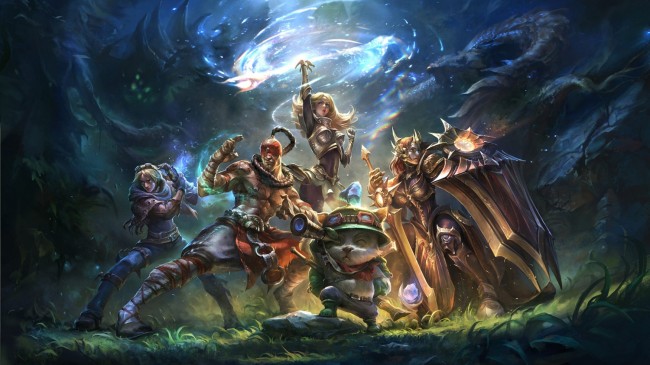 (Photo: Photo from the League of Legends' Webpage)

League of Legends will receive its Patch 11.18 Update, which will bring Champion tweaks and other changes. The said patch update, according to Sportskeeda, will be a big one as Riot Games, the developers of the online multiplayer battle arena (MOBA) game, will shift its focus on the incoming Worlds 2021.

The Patch 11.18 Update, according to Dot Esports, will be the first of two patch updates that will focused more on the League of Legends' Competitive side, and the developers will revert any balance chances if it is necessary in an emergency hotfix.

According to a Tweet made by Jeevun Sidhu, League of Legends' Lead Game Designer, a total of 33 Champions will be given their tweaks just in time for the new Worlds season this year. 10 of them will be nerfed, while 18 of them will be buffed and the remaining 5 will be adjusted to fit in with the game's current meta.

Reminder - this is a pro focused patch in anticipation of Worlds.

Relative to the preview, I corrected some champions as "adjustments" instead of buffs.

We also added Camille to the nerf list given the Renekton/Jayce nerfs favoring her in the meta. pic.twitter.com/qakPGkMKid

Aside from his Basic Attack Damage decrease from 61 to 59, the bonus attack speed from non-Champion kills courtesy of Varus' Living Vengeance passive will be decreased from 20% to 10-20%.

Lilia's Base Health Regeneration will be decreased from 1.5 to .5, as well as its growth from .75 to .55. The heal from her Dream-Laden Bough passive after fighting large creeps will be increased from 18-94 to 27-104, all are based on the Champion's level.

The passive stack duration for her Q skill, Blooming Blows, will be increased from 5.5 seconds to 6.5 seconds, while the cooldown of her E skill, Swirlseed, will be reduced from 18 seconds to 16 seconds.

The Overheated attack speed for Rumble's Junkyard Titan passive will be increased from 50% to 20%-80% (based on the Champion's level), while the cooldown for its W skill, Scrap Shield, will be decreased from 7/6.75/6.5/6.25/6 seconds to just 6 seconds in all levels.

On the other hand, the 18 Champions who will receive buffs that were shown in Sidhu's Tweet include Dr. Mundo, Draven, Jinx, Kai'sa, Miss Fortune, Morgana, Soraka, Taliyah, Tweitch, Yuumi, Zed, and Zoe.