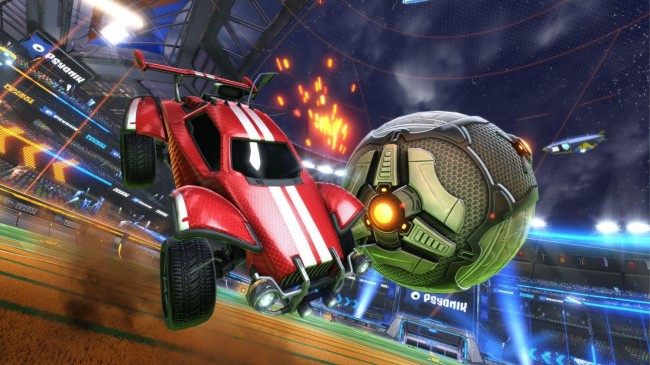 Psyonix announced that Rocket League will receive its Patch 2.04 Update, which will be rolled out on all video game platforms, including PC, Nintendo Switch, PlayStation 4, PlayStation 5, Xbox One, and Xbox Series X|S.

The said patch update will focus on tweaking several features in the game, including ones for the voice chat and for the game's graphics for its PlayStation 5 version.

One of the said changes that will be implemented in Rocket League once the Patch 2.04 Update rolled out is the temporary removal of the voice chat in the game.

Rocket League v2.04 is now LIVE on all platforms! Today's update includes 120 FPS support on the PS5, and temporarily removes voice chat from the game client on all platforms.

According to the patch notes that was posted by Attack of the Fanboy, Psyonix decided to remove the said feature because it is not "up to modern standards," which made it difficult to use in a fast-paced game environment.

The developers of the online ball game also said that they are aware that several players experience performance issues while using voice chats in the game, either a lag during the middle of a match or a service disruption.

Because of the fact that they do not want said difficulties to hinder the quality of play itself, they decided to remove the voice chat in Rocket League.

However, according to Comicbook, they will replace it with a newly improved and more comprehensive voice chat system for the game which they are currently working on since early summer. The developers said that they are aiming to install said voice chat system in early 2022.

This is not the first time Psyonix promised to work on the said feature. In a Reddit subpost last July, the developers said that they are working on an improved voice chat in preparation for the game's Season 4, which was released last August.

The temporary disabling of the voice chat system will might last even in the game's Season 5, which according to Dexerto, will be rolled out during the middle of December.

While the aforementioned temporary removal of voice chats will affect all of the platforms, a change from the Patch 2.04 Update will only be applied to PlayStation 5.

According to mp1st.com, Rocket League will receive a 120FPS support for its next-gen Sony video game console version. The said patch update will fix a bug that prevents said graphic support to the console, making it accessible to the Rocket League players who own a PlayStation 5.

With this feature enabled, they can now play the game at either 4K at 120 frames per second (FPS) without the High Dynamic Range (HDR) support or 4K at 60 FPS with the HDR support.

To those who want to play Rocket League in their PlayStation 5 at 120 FPS, they need to have an HDMI 2.1-capable 4K/120Hz display monitor or screen and an HDMI 2.1 cable.

The said graphic support also need the appropriate video settings in the said console. To do this, players need to go to the Settings that can be seen in PlayStation 5's Home Screen, then select Screen and Video. Afterwards, they will select Video Output, then set Enable 120Hz to Automatic.

TAG Rocket League
© 2020 Game & Guide All rights reserved. Do not reproduce without permission.