Steam Servers Down, Not Connecting: When Will It Last + Valve to Make Games Playable While Downloading 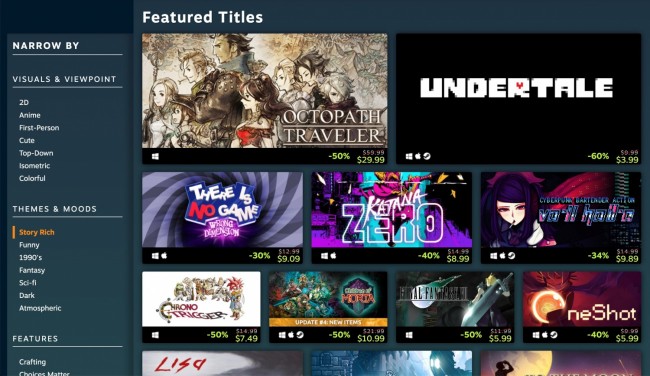 Several players have posted on social media that the servers in Steam were down after their failed attempts to access the digital online video game store. This includes access to their own game libraries, as well as multiplayer servers.

According to DownDetector.com, the said reports spiked early in the morning, at 9:31 AM, with more than 60,000 reports revealing that they cannot access their Steam account and were greeted with a "Connection Error" message.

According to Express, one of the games that were hit was Apex Legends, as its multiplayer lobby relies on Steam. Because of the said problem, the online shooting game is now facing connectivity issues.

the one night I have enough energy to game with friends, and #steam is down with no end in sight >:( pic.twitter.com/i7vQFirIpi

Valve, the owner of Steam, usually have server maintenance during Tuesdays, which could take up to ten minutes, before they return their servers to normal. As of this writing, they still did not post anything regarding the status of their servers.

A Technology that Can Play Games while Downloading

On the other hand, Valve is working on a system that lets its subscribers play the game that they have purchased even while it is still downloading from Steam. This was after its patent was discovered and shown to social media.

According to Comicbook, Pavel Djundik, the creator of SteamDB, revealed in his Tweet the existence of the said patent and summarized from its abstract that players can "instant paly" a game before it finishes downloading from the digital online game store.

This means that they can access certain portions of the game such as the tutorial, character customizations, and other entry points. They can also play the game until they cannot go any further because it needs to fish downloading its other required content.

The way this patented system works, according to PC Gamer, is that Steam will track down any read operations of an executable file of any game. They will use the said date to draw a digital map that will prioritize the files of any specific game during the download process.

As players start playing any game while it is downloading, Steam will pull the correct files from multiple clients in order to make it run properly and without any interruption, depending on the strength of their internet connection.

Aside from that, the said system can free up space in their PCs by using its "client-side discarding and prefetching" of game data without changing its integrity, reducing its latency.

This means that, according to The Gamer, they can delete several parts of the game, including levels or stages that they have already cleared.

This is not the first time Valve did this kind of feature. According to PlayCrazyGame.com, in 2015, during the launch of Mortal Kombat X, they tried to configure the game to be downloaded in parts, allowing its players to access the fighting game before it finished downloading, but later scrapped after several problems that arose during its test.

TAG Valve, Steam
© 2020 Game & Guide All rights reserved. Do not reproduce without permission.