'Apex Legends' Servers Down: How to Fix; Glitch Wipes Out Player Progress 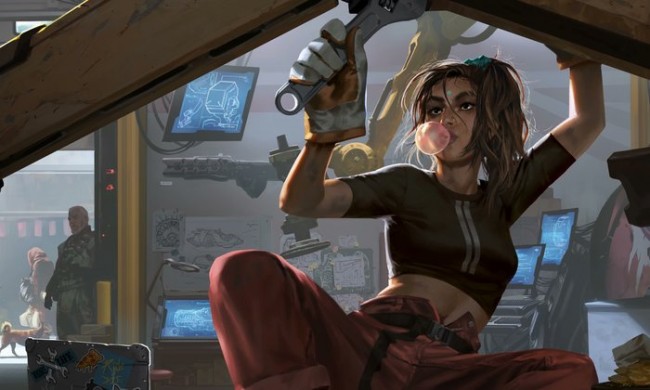 Servers of Apex Legends are down as of this writing. According to Down Detector, several players first reported that the servers of the shooting game were down at around 11:25 PM last August 18th, with reports came rushing in at around 12:10 AM.

Another surge of reports came earlier at around 6:25 AM and then at around 9:55 AM.

Players who are trying to enter the game are greeted with the "No Server Found" error message, which according to Dot Esports, it continuously repeats, making them unable to access further in the game.

Is it working on your side? #ApexLegends

The said server down affects all of the players of the shooting game who are playing on different platforms like PC, PlayStation 4, and Xbox One.

As of this writing, Respawn, the developers of Apex Legends, did not release any statements regarding the issue. However, in a tweet made by Xbox in their Xbox Support Twitter page, they said that they are currently investigating it and they will give updates regarding its progress.

We will update this article once fix is released. Stay tuned!

Glitch That Wipes Away Player Progression

Meanwhile, players are also reporting a glitch within Apex Legend's system that wipes away their progression within the game, especially from Ranked matches. The said glitch, according to DBLTap, will might be one of the most devastating bugs in the game.

Hey Legends, we hear you when it comes to rank progression resetting and we're on the case. Battlepass progress and rewards have also caught our attention. We'll share updates as we get them.

According to PSU, they took the said concern to the game's bug report forum over the weekend, saying that their earned XP and Ranking Points, as well as their in-game badges, were not saved after a session or when they logged out of the game, as if it rolls back to what status they are in before they logged in the game.

One player revealed that because of the glitch, the RP and winning streak that it earned were gone, while the other stated that no matter what platform he is playing, whether if it is in PC or in the PlayStation 4, the glitch is still there.

Actions to Address the Glitch

Meanwhile, several people behind Apex Legends have been telling its players that they are aware of the said glitch and tried to address it.

In a response to a tweet, Chad Grenier, the game's design director, said that he passed a report regarding a player that experienced said glitch to the appropriate people in their developer team to look at it.

Electronic Arts, in a tweet posted in their EA Help Twitter page, said that they are investigating said progression reset after they heard said reports regarding the glitch.

While waiting for a major fix, a player might figure out a temporary fix regarding the said glitch. According to VSC, that said player have its progression saved after it equipped a Battle Pass skin to a character, and it will keep saving.

READ ALSO: Fortnite 17.40 Leaked Skins in Season 7-8: How to Get Morty, Will Smith Bad Boys Characters, Back Bling, MORE

TAG Apex Legends
© 2020 Game & Guide All rights reserved. Do not reproduce without permission.