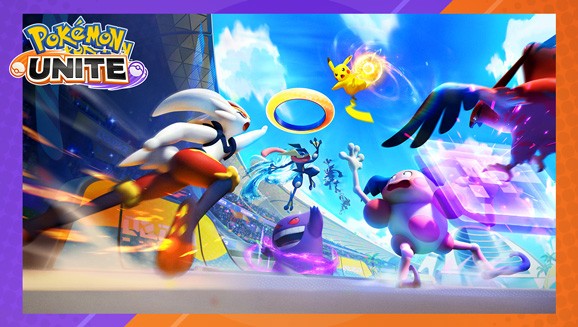 After its release in the Android and iOS smartphones yesterday, Pokemon Unite received its Patch 1.2.1.3, which will focus more on tweaking the stats and moves of the Pokemon in the roster.

The said patch update will not only be applied to the said Mobile Version, but also its version for the Nintendo Switch.

According to Nintendo Life, the update will also have other in-game adjustments, such as a fraction of bug fixes and tweaks to its user interface.

We've published more details on changes and adjustments that have come to #PokemonUNITE with today's update.

As mentioned earlier, Pokemon Unite's Patch 1.2.1.3 will host a ton of balance changes to most of its Pokemon. According to Upcomer, Greninja, a staple in the multiplayer online battle arena's metagame for the past few months, will have its base attack and max Health reduced.

Several of its moves were adjusted. The attack increase from Torrent will be weakened, but the movement speed of the illusory copies coming from its Double Team was improved, and its Waterburst Shuriken Unite Move will be adjusted to allow for it to trigger more quickly.

Wigglytuff will also receive a nerf, as its Max Level Special Attack will be decreased, while the damage dealt to the opponent Pokemon after doing both Pound and Dazzling Gleam will also be decreased.

Lucario's moves will also receive a nerf as damage dealt from its Power-Up Punch and Close Combat will be decreased, however the latter will have number of attacks increased.

As for the buffs, according to Nintendo Life, Absol's Night Slash and Sucker Punch will have their cooldown reduced, while the area of effect of the former will be adjusted, and the duration of the latter's unstoppable condition while it is in use increased.

The patch update also gave Charizard's Flamethrower a buff to its movement speed increase, as well as a reduction to the cooldown of its Fire Blast.

It also reworked its Seismic Slam Unite Move to the point that it will grab the opposing Pokemon and slam it to the ground first before they can move freely over obstacles.

While the said move is being used, its basic attack damage will be increased, its Health will be recovered after dealing damage, and leave the target Pokemon burned.

The patch update also buffed Talonflame's attack, and the aerial movement speed increase for it Fly, along with its cooldown being reduced. The charge rate for its Flame Sweep Unite Move was also increased.

Garchomp's Defense and Special Defense was increased, while the cooldown for Cinderace's Pyro Ball and Flame Charge was reduced with the damage dealt from the former is increased, and the damage reduction from Venusaur's Giga Drain was reduced.

The damage dealt from its Petal Dance will be increased, while its cooldown will be decreased, and its movement speed increase was buffed.

Aside from the balance tweaks, Pokemon Unite's Patch 1.2.1.3 Update also fixed several bugs in several Pokemon moves. One of the said fixes involve Sing and Yawn moves for both Wigglytuff and Snorlax, respectfully.

The patch update also fixed the bug that causes attacks performing while Blastoise doing its Rapid Spin to decrease the opposing Pokemon's movement speed, as well as the bug that allows the users to use either Hydro Pump or Water Spout while on spinning as basic attacks.

It also fixed the bug in Cinderace's Blazing Bicycle Kick Unite Move, where it will trigger once the move fails to activate, as well as the bug that triggers the effect of Greninja's Smokescreen+ before the Smokscreen is upgraded.